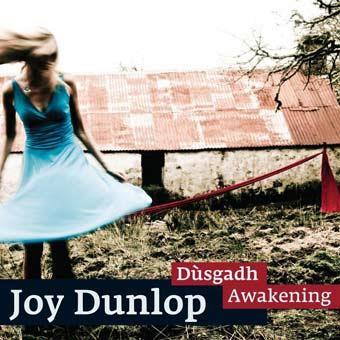 Dùsgadh (“Awakening”) is the debut album from Joy Dunlop. As befits the Gaelic development officer in Bute, Argyll and the Islands for The Gaelic Association, the lyrics for are performed entirely in that language.

The sparse instrumental accompaniments on the album are well judged as they allow Dunlop’s pure and powerful vocals to really shine through. The music is highly evocative, spiriting the listener away to the wild coastline and mountains of the islands that inspired it.

As a non-Gaelic speaking listener, I found it difficult to relate to the tales in these songs using the translated lyrics in the cover notes. A great strength of the album, however is that this doesn’t really matter - the vocals as music are clear, emotionally charged and allow the imagination free rein. From the strong opening of ’Nach truagh leat mi ’s tu ’n’ Eirinn’ to the beautiful ’Thig am bata’, this is an excellent piece of work throughout, and a fascinating introduction to traditional Gaelic music.