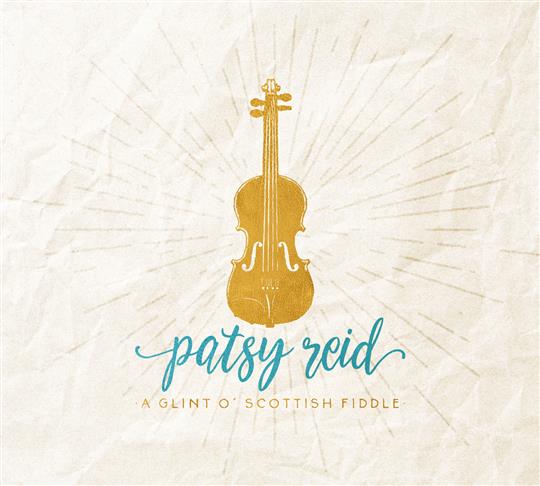 A Glint o’ Scottish Fiddle is the third studio album from accomplished Scottish fiddle player, and Breabach founder, Patsy Reid. It’s a composition of both deft fiddle and more meandering, introspective pieces, all of estimable quality.

Accompanied by Alistair Iain Paterson on the piano, Reid weaves her way through a collection of Scottish fiddle tunes, both contemporary and traditional.

The album opens with a set of five traditional tunes, beginning with the gentle Strathearn. It’s a nice introduction to the subtle emotiveness of Reid’s playing, beginning as meandering and wistful and then evolving into something warmer, though still with that wistful edge.

The addition of Paterson’s piano is often a very welcome one. It is a relatively soft touch, never replacing Reid as the driving force. An uncontroversial choice but probably the better one, since any time spent focused on Paterson’s playing (lovely as it is) would detract from the real star of the show, Reid.

Paterson does add some welcome rhythm and depth however. The pairing and interplay between the two throughout the album sets A Glint o’ Scottish Fiddle apart from other trad fiddle albums. The ninth set particularly, comprised of Niel Gow’s Wife, Miss Whiteford, Mrs Graham of Balgowan, and Miss Grant, features a veritable dance between the fiddle and piano parts.

The short of it is - Reid is really a very good fiddle player, as if there was any doubt, and is also a dab hand at collating complementary tunes into evocative sets. There’s perhaps room for the emotional peaks to be higher and the troughs to be lower, but there’s something to be said for subtlety and it is nevertheless a fine release.