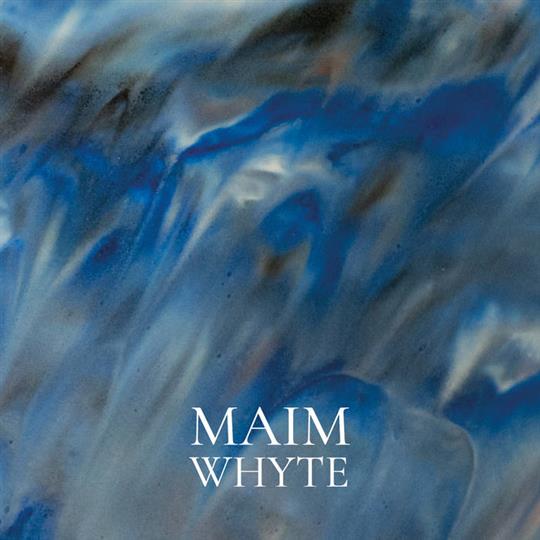 MAIM is the third album from Scottish Folk-Electronica duo Whyte, and it delivers a mesmerising experience that embraces the concept of fear.

Originally performed as a live show alongside Theatre Gu Leòr, MAIM’s tour was cut short by the pandemic. However, the duo used this opportunity to fine-tune and polish the album, and it shows.

The broad theme of the album is ’horror’ (MAIM itself translates to ’panic’ in Gaelic.) The fascinating album notes explain in detail the thought process behind Ross Whyte’s composition and the inspiration behind the album, from the world of Lovecraft’s eldritch horror Cthulhu and John Carpenter’s score for the film Halloween to the computer game Silent Hill.

The album itself comprises an eclectic mixture of Gaelic spoken word, modern retellings of traditional Scottish folk tunes, and full instrumental pieces. It is a winding path through the dark woods of Whyte’s musical repertoire, stopping only to breathe in the atmosphere and set off in a new, unsettling direction.

The first track is oml, (goodnight to you all); a bittersweet song of hope in an unkind world. Whyte’s take on this particular tune is haunting and relentlessly sincere. One need not understand the lyrics to feel the emotion behind the words.

Similarly, maim-slè, the first of the spoken word pieces, is entirely in Gaelic, save for one line - ’Gaelic was never really spoken in Mull, though’ - which draws the non-Gaelic speaker in, waiting for that next sprinkle of English.

The instrumental pieces (maim, creach, gloinne and marbhrann) are where the inspirations of John Carpenter et al truly shine through. It can feel as if the journey has taken a detour through that haunted house on the hill, or that abandoned forest by the loch. While the pieces themselves are well balanced and performed exquisitely, one almost misses the vocal texture of Alasdair Whyte, and the atmosphere he brings to any piece he is on.

With a broad spread of styles and emotions, MAIM is an intense, heartfelt wander through the musical darkness beneath, or, as the album notes perfectly put it, the monster in the basement.