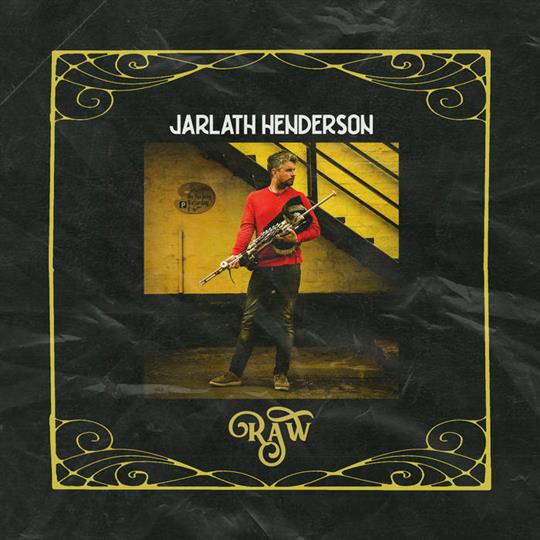 Former BBC Young Folk Award winner, uilleann piper, whistle player and singer Jarlath Henderson is back with his new album Raw, a lively mixture of original compositions and traditional favourites from both Britain and Ireland, recorded with a notable line up in an almost totally acoustic setting.

The first three tracks are a display of exquisite uilleann pipe playing: Kitty is a hornpipe and reel combination based on a blues style accompaniment led by Duncan Lyall on double bass, while the set of reels Boys has a more traditional flavour.

Jana’s, the only track in which the low whistle has a key role, opens the second half of the album before a change of rhythm brings the uilleann pipes in with another powerful and intricately ornamented reel. A delightful change of mood is presented in the solemn slow air First and by the two songs that feature on this album: with Henderson’s gentle and recognisable touch the lyrics are performed on a delicate piano texture in Trees and on a drone-driven substratum in the majestic final track Huzzar.

The fans of the County Tyrone singer and multi-instrumentalist will be over the moon with this new release: indeed, it represents the most advanced point of Henderson’s creative process, the beautiful blending of old and new that one would expect from the doctor of folk music.

However, the profound influence of jazz and blues music on these compositions and arrangements is more evident than in his previous solo album, whose peculiarities were a soft grain of electronics and the addition of brass instruments, and in his work in collaboration with Ross Ainslie.

Raw is a fresh and forefront album, deliciously balanced between groundbreaking settings and traditional repertoire, another landmark from an artist always on the cutting edge of folk music.

Self released on CD and digitally on 1 September 2019. Engineered by Keir Long and Andrea Gobbi