Innes Watson and Jarlath Henderson - A Moment in Time 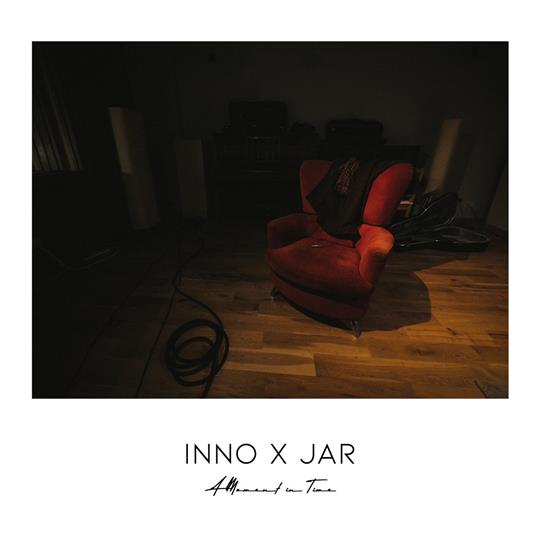 On 4 December 2019, with no songs and arrangements yet outlined, Innes Watson and Jarlath Henderson met at Gloworm Studios, Glasgow. They played freely, allowing their musical ideas to interweave: after twelve hours A Moment in Time was complete, ready for the mastering process by Andrea Gobbi. Notably, 20% of the download fees will go to Glasgow food banks thanks to the Trussell Trust.

As usual in Henderson’s works, there are both haunting songs and sparkling instrumental medleys. As one could expect, the songs are delicate and atmospheric. Mountain Man is the most remarkable among them; it really stands out for the intensity of Watson’s sensitive singing and for the amazing uilleann pipe solos by Henderson.

The instrumental tracks are captivating and vibrant, with Henderson’s uilleann pipes and Watson’s fiddle and guitar exquisitely complementing each other: perfect examples of this refreshing musicianship are Gustys, Mickey Mór’s and Potatoes, lively mixes of mostly traditional tunes, with galvanizing changes of rhythms and the right amount of ornamentation.

On the one hand, Henderson’s piping takes the spotlight, recognisable thanks to his work with Ross Ainslie and his solo albums. One of the few instrumentalists that manage to sound modern and traditional at the same time, and this album proves no exception.

On the other hand, Watson is the perfect companion for such a musical journey. His guitar playing is never overwhelmed by his renowned musical partner, his brilliant fiddle playing perfectly complementing Henderson’s piping. Gustys is the track that best displays this natural symbiosis, and his voice catches the listener’s ear with its crisp timbre.

The songs and the sets that these two highly accomplished musicians chose really reflect the authenticity of their inspirations; an evolutionary, almost instinctive, sense of spontaneity that shines throughout an album conceived, recorded and mastered in only eight days; and the humanitarian aspect of their effort makes it even more worthy of praise.

You can read about and donate to the work of The Trussell Trust at www.trusselltrust.org

Released digitally on Bandcamp on 12 December 2019, mastered by Andrea Gobbi.