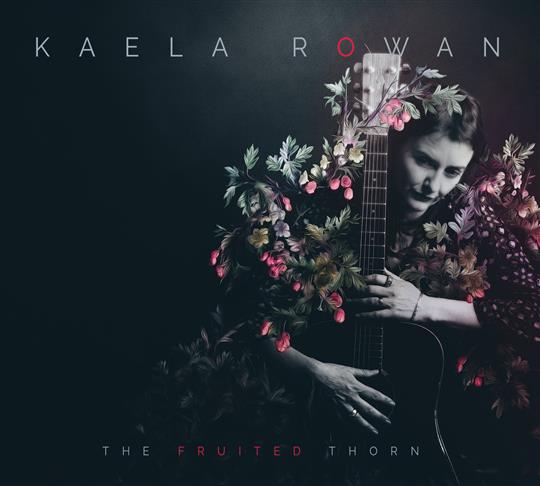 Scottish singer Kaela Rowan sang with Mouth Music, recording four albums with them in the 1990s, and more recently has been touring and recording as part of the acclaimed Shooglenifty and their unique fusion of traditional Scottish music and modern dance beats. The Fruited Thorn is Rowan’s second solo album, following Menagerie which was released in 2014.

An album of eleven traditional ballads (seven sung in English, four in Gaelic), The Fruited Thorn is, in Rowan’s own words, “a homage to all the amazing ballads and ballad singers past and present. Those great singers who bring songs to life and helped awaken the young singer in me.”

The whole album has a nice relaxed tempo about it and some beautiful songs, both familiar and less familiar. However, some really interesting musical collaborations do make it particularly stand out from many similar releases in this field.

Rowan has put together a band composed of Shooglenifty personnel James Mackintosh (percussion, guitars, keyboards, vocals) and Ewan MacPherson (guitars, mandolin, jaw harp) for the entire album, but throughout they are joined by a fascinating line-up of additional guests.

Second track Eilan Fhianain is one of the most interesting and unexpected collaborations on the album. Rowan’s traditional Gaelic singing is accompanied by traditional Indian singer Dayam Khan Manganiyar who sings the songs of the Rajasthani desert lands, and the two sets of vocals provide for an absolutely compelling cultural mix that actually works. He also provides vocals on another track, Griogal Chridhe, another traditional Gaelic song.

Elsewhere, more familiar territory is covered and the album gives us lovely new interpretations of traditional standards like Now Westlin Winds, Lord Gregory and As I Roved Out. Rowan’s soft but persuasive vocals and the gentle but innovative instrumentation provide a fresh take on well known songs. The Uillean pipes on As I Roved Out are particularly lovely - played by Jarlaith Henderson who also provides backing vocals to the same track.

While percussion on most of the tracks eschews the folk fusion dance beats for which Shooglenifty is renowned for, it would be surprising if such influences were to be completely absent from the album and sixth track Mary and the Gallant Soldiers is where the so-called “Acid Croft” influences of Shooglenifty are most apparent.

An album that takes a fresh look at some traditional ballads, with fine vocals, superb instrumentation and innovative collaborations, The Fruited Thorn skilfully bridges the gap between the experimental and the familiar.