Padraig Rynne - Begin With the End in Mind 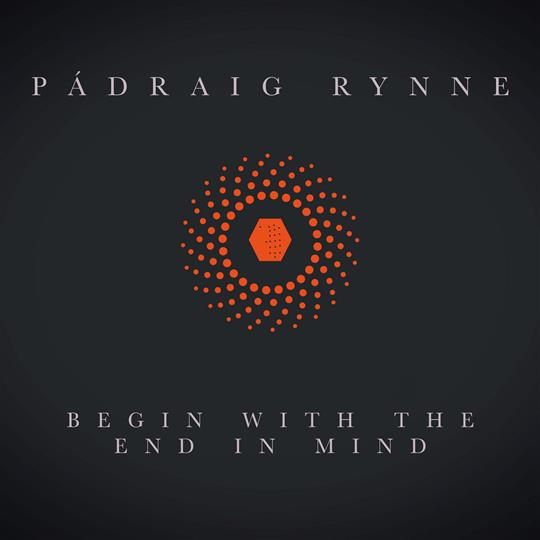 After many years spent experimenting with his instrument, Irish anglo concertina player Padraig Rynne has returned to his traditional roots with his new release Begin With the End in Mind, a collection of both old and self-penned compositions recorded with an intriguing line up including Jarlath Henderson and Conal O’Kane.

The vast majority of the tracks on this release are jigs, reels and flings, all delivered with exquisite technique and remarkable dexterity. Take for example the opening The Sunny Hills of Beara / I Buried my Wife and Danced on Her Grave / Stop the Razor that opens the album, the foot-tapping The Whistler from Rosslea / Paddy Fahy’s, or the stunning final set The Sweat House / Jackson’s.

There is room also for a more contemplative passage in this work, the evergreen slow air Mnà na hEireann, a well-known tune delivered with emotive emphasis underlined by the sparse and skilfully designed arrangement and by the subtle echo of the recording studio.

The production and mastering, in the expert hands of Sam Proctor and Rynne himself, deserves a special mention. There is a general sense of intimacy that pervades the album and the layering of the diverse instruments is really well-defined without forcing Rynne’s concertina playing out of its spotlight.

Moreover, it appears evident, even at first listen, that despite his varied musical experiences and projects, Rynne still loves basking in traditional style repertoire, giving every single tune his recognisable touch thanks to his distinctive choice of embellishments.

It might not be the most adventurous work of his long career, but it is still a very enjoyable album as his concertina playing on traditional material has never sounded so fresh and spontaneous.

Released on 28 January 2022, mastered by Sam Proctor at Lismore Mastering

1. The Sunny Hills of Beara / I Buried My Wife and Danced on Her Grave/ Stop the Razor
2. Lad o’ Beirnes / The Caoilte Mountains / Begin with the End in Mind
3. The New Road to Miltown / Only for Barney
4. McKenna’s Reel / Imelda Rowland’s
5. The Seal Hunter’s Fling / The Humours of Pinot / A Winning Season
6. Mnà na hEireann
7. The Whistler from Rosslea/ Paddy Fahy’s
8. The Snowy Hills of Caherea / The Five Pillars
9. The Sweat House / Jackson’s