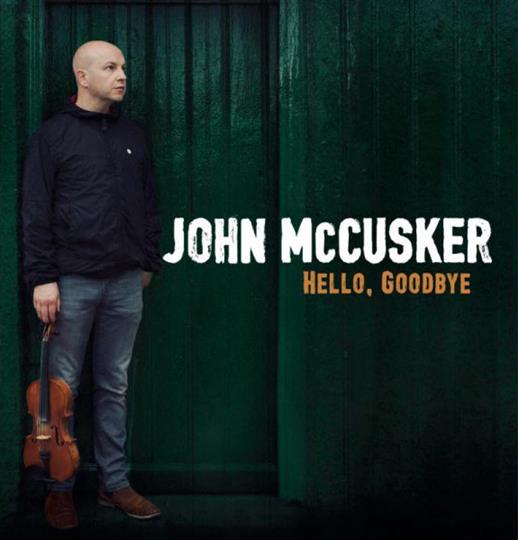 Many may have last witnessed John McCusker graciously collecting the Good Tradition honour at the 2016 Folk Awards. Not only that but also setting up the evening in fine musical style performing Calendar Boys, the opening track from Hello, Goodbye. Not a bad bit of promo too for the album. And how about Calendar Boys? Maybe not so much in the pinup sense, but McCusker is a very modern man in a musical sense.

Alongside him he can call on a band made up of what you would call a stellar cast in some circles, who’ve also made significant contributions to a timely celebration of an album that commemorates 25 years of McCusker as a professional musician.

Michael McGoldrick, Andy Cutting, Heidi Talbot, Ian Carr, James Mackintosh, Ewen Vernal, Tim O’Brien and Phil Cunningham all pitch in to make this a solo comeback to remember. Perhaps it’s unusual not to see the name of Mark Knopfler on the credits; the album, McCusker’s first solo record in 13 years, written while on tour as part of Knopfler’s band. It’s an album too, which is the first on his new label and from the studio built in a bothy - a location which seems to have played its own part, giving an inspirational and organic, as well as a very live feel, to the McCusker fiddle.

The music is no less classy than you would expect. Of course there’s the challenge of presenting an album of instrumental music, yet the variety on offer on Hello, Goodbye both alleviates any apprehension and essentially sums up McCusker. A whistle-stop tour which includes jigs, waltzes, reels and graceful airs, the latter a prime example with It’s A Girl which breaks out halfway through, as many of the tunes do, into some joyfully glorious playing.

A peak is reached on Under One Sky where the McCusker / McGoldrick partnership kicks in with a vengeance and Billy’s; whoever Billy is or whatever his apostrophe ’s’ indicates, just be thankful. Be thankful too for James Mackintosh’s fine percussive embellishments for those who are of the opinion that a little bit of percussion, drums even, adds an extra dimension to a folk tune.

Aside from some real belting tunes, A Trip To Roma is much more pastoral and the gentle Tune For Nana sees him working again with McGoldrick and Jarlath Henderson’s pipes to the fore. The title track possibly owes a tad to the Knopfler influence in its country feel, confirming that while McCusker might often be viewed as a genre hopper with the fingers he’s had in numerous pies, his feet remain firmly in the folk camp.

It might have been a long time in its coming, but people have waited longer for less. Hopefully the solo trail won’t go so cold for John McCusker over the next few years. 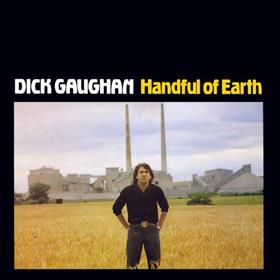