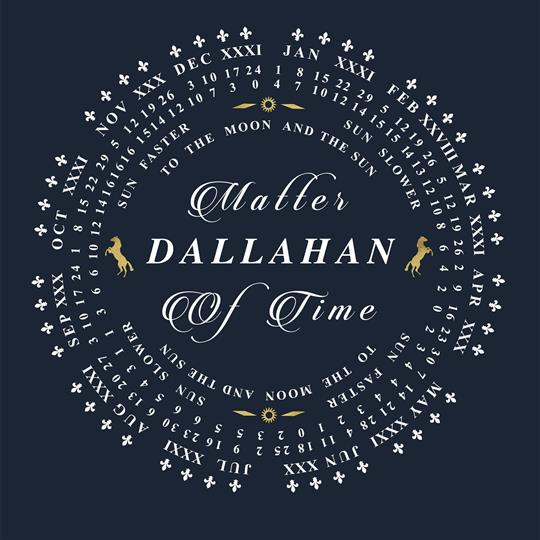 A short, sharp strumming pattern starts off Matter Of Time. A towering riff then kicks in, The Memphis Horns to the aforementioned Steve Cropper-soundalike.

Except the instruments aren’t trumpets and electric guitars, but fiddles, accordion and mandolin. And the band aren’t from Tennessee, but Scotland, with roots in Ireland and Hungary.

The opening track on Matter Of Time, then launches into a pair of brisk reels with a song (Logan Braes) in between. And if the riffing on it is disciplined, then the three tune players work so tightly together that it would be hard to fit a cigarette paper between them.

The same goes for all of the album’s tune sets, with Dutch Courage highlighting Ciaran Ryan’s bubbly banjo style. On Harbour Of Polperro he turns his hand to mandolin, assisted by Andrew Waite on accordion and guest star Jarlath Henderson on ullieann pipes, getting through four tunes which each feel like a progression rather than an unnecessary addition as can often be the case in longer sets.

As well as providing a solid if largely unshowy platform on guitar, Jack Badcock takes lead vocals on a dusky and melancholic version of Stretched On Your Grave. An arrangement that builds from terse and staccato beginnings into billowing chords, the listener is forced to sit up with a near-silence lasting four seconds halfway through the final verse, providing an understated sort of climax.

Fiddler, vocalist and Hungarian Jani Lang provides a cosmopolitan edge to the album, with ’Spolkas making room for traditional Hungarian polka Ugris alongside British counterparts. Pierre’s is a virtual European tour, with a Tuscany-inspired reel by Ryan sitting between Romanian and French tunes, whilst the instrumental interludes in The Reaper bear the influence of another Hungarian musican: Franz Lizt.

Drawing on such a wide range of influences is clearly no bad thing, especially if leads to as well-played and engaging an album as Dallahan have created here.