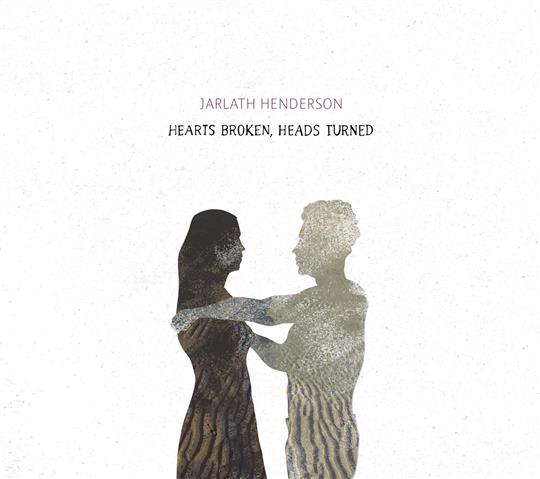 Since becoming the youngest ever winner of the BBC Young Folk Award in 2003, Jarlath Henderson has released two albums with his duo partner Ross Ainslie. In contrast to those two albums, which have been mostly instrumental affairs, Hearts Broken, Heads Turned is a collection of songs that have been designed to showcase not only Henderson’s vocal abilities, but his skills as an arranger of traditional material.

It’s an eclectic piece of work. The opening song, Courting is a Pleasure, sets the familiar tune above a funky synth accompaniment with sampled pipe sounds and processed vocals. It’s as if Stevie Wonder had discovered folk music.

The second track, Two Brothers, couldn’t be more different in style. This tale of fratricide is arranged for a guitar, bass and keyboard. The sparse instrumentation shows off Henderson’s pleasingly mellow-toned voice to good effect.

The Slighted Lover is a jazzy take on this well-known story of unrequited love. There’s a definite swing to the piano, bass and brass accompaniment which is enlivened by Jason Singh’s human beatboxing.

At eight minutes, Young Edmund in the Lowlands Low is the longest song on the album. This murder ballad is taken at a very slow pace and is sung over an instrumental drone punctuated by strange, eerie noises. The piece slowly builds in intensity to an effective climax that probably works better in a live setting than it does on disc.

A highlight of this collection is Henderson’s reworking of Peter Bellamy’s arrangement of Sweet Lemany. This beautiful, plaintive song, which originates from the Copper family, is here given a sensitive guitar and brass treatment. It’s a version that can stand proudly with Bellamy’s own.

The album closes with another song of unrequited love which is taken from the singing of Paddy Tunney. The Mountain Streams Where the Moorcocks Crow is an epic piece that builds towards an extended instrumental climax which throws in everything and the kitchen sink.

Hearts Broken, Heads Turned is a powerful statement of intent from a musician who is not afraid of experimentation. The album is yet another example of a young artist refashioning traditional material to suit their own purpose and style. Long may it continue.

1. Courting is a Pleasure
2. The Two Brothers
3. The Slighted Lover
4. Ye Ramblings Boys of Pleasure
5. Young Edmund in the Lowlands Low
6. Sweet Lemany
7. The Mountain Streams Where the Moorcocks Crow