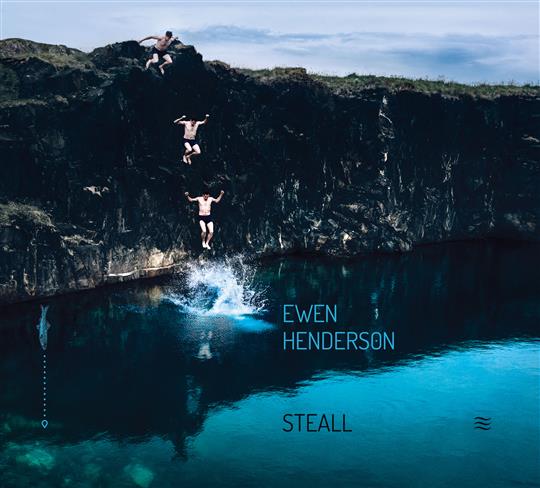 Memories, natural beauties and the history of his native area provided the inspiration for Ewen Henderson’s first solo album Steall: a multifaceted patchwork of original songs and tunes, and traditional material arranged in his own style.

The body of original material includes some very interesting tracks related to particular places of the area where he grew up: the energetic Gantocks takes its name from a small cluster of rocks not far from the west coast of Scotland while the airy Camus Daraich was inspired by a beach of outstanding beauty on the Isle of Skye, not far from Armadale. Other striking instrumental tracks are MSR, a solemnly sparse interpretation of a competition set played on fiddle on the solid background of the drones of Henderson’s Highland pipes, and Hornpipes, which has a slightly jazzy flavour thanks to the unusual clarinet counterpoint.

There are also a few notable interpretations of some traditional pieces of Gaelic singing; the funny and joyful Oran a’Bhranndaidh shines among these, both for the humourous tones and the catchy arrangement.

An intense and warm sense of familiarity oozes from the entire album: you can feel it in tracks related to important events of Henderson’s life like Caileag Ruadh Staoinebrig, a heartfelt song he composed for his wedding, or to simple everyday feelings like on Waltzes, composed in the aftermath of a defeat of his chosen football team Aberdeen FC.

The spontaneity of Henderson’s sound makes everything more evocative. Moreover, the line-up, including top musicians such as bassist James Lindsay and percussionist James MacKintosh, only skilfully enforces the distinctive characteristics of his own style: the authenticity of the self-penned tunes and the emotional involvement of his renditions of ancient material.

Besides his collaborations with ground breaking projects such as Mànran, Battlefield Band and Afro-Celt Sound System, Henderson went for a musical journey through his artistic and personal life, sharing it with us all on Steall. The effort is worth praising and the result is an album that, whilst abiding in Gaelic musical heritage also refreshes it, crowning Henderson as the new bard of Gaelic tradition.

Self-released on CD, vinyl and digitally on 31 January 2020.