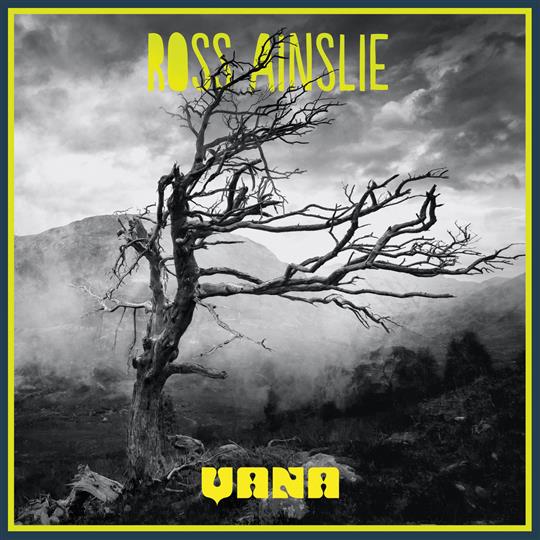 After the critically acclaimed Sanctuary, Ross Ainslie is back with his fourth solo album Vana. If his previous work provided an autobiographical perspective into the composer’s inspirations, the new release takes its name from a wellness retreat in India Ainslie attended, spending a peaceful period away from the frenzied modern world, recharging and gathering new energy.

Vana is designed, just like Sanctuary, to be listened to continuously from the beginning to the end. The sparkling and multi-layered opening track Science of Life immediately introduces some of the main features of the entire album.

The cross-pollination with other genres, inherited from his work with bands such as Salsa Celtica and Treacherous Orchestra, that has always characterised Ainslie’s output is present in the palpable influence of Indian folk music on his works and the slightly more jazzy vibe of some of the tracks on this release, thanks to Paul Towndrow’s magnificent saxophone playing.

If the first four tracks envelop the listener in softly sophisticated atmospheres, Emergency Operation, Cross of Threads and Happy Hideaway have a more energetic feeling.

They also provide, together with the gentle Gift of Gods, a delicate low whistle and fiddle duet featuring Duncan Chisholm, a bridge to the third part of the album.

This starts with a brief introduction to the ancient art of canntaireachd by piping legend John Wilson in Wisdom in the Chaos, introducing a solemn theme that is suddenly picked up by Ainslie’s duet with Malcolm Jones in the powerful Hope in the Chaos.

As on Sanctuary, this time before the bonus track Tune for Everyone and after the vibrant Vanavasa and Concrete Jungle, the majestic conclusion is delivered by Jock Urquhart’s spoken word in Maybe Another Time, a moving call to end divisions and to embrace nature.

Ainslie is very much into the creative process of concept albums: in Vana the focus has shifted to more universal topics such as brotherhood and wellness in connection with nature, but anyone who has come across his music can easily guess the author of these compositions at first listen.

This album represents the peak of his solo career so far, not only for the current relevance of the concept at the heart of the work and for the thoughtful mix of elements from different genres, but also for the musical maturity that shines throughout these tunes.

Self-released on CD and digitally on 30 October 2020, produced by Ross Ainslie, Andrea Gobbi and Steve Byrnes, engineered and mixed by Andrea Gobbi at GloWorm Studios