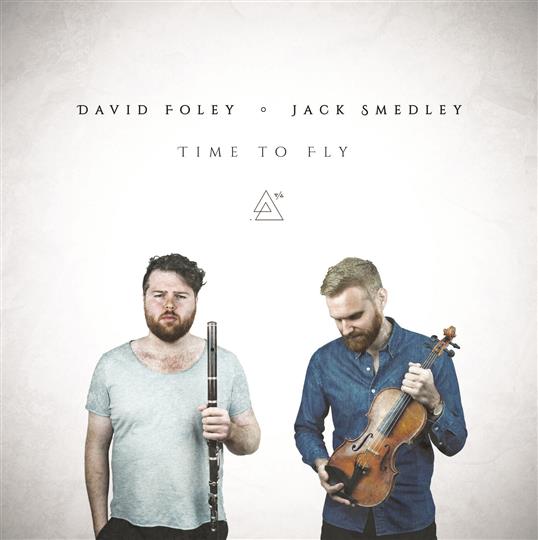 Having studied and played together since 2008, RURA members David Foley (whistles, wooden flute and guitar) and Jack Smedley (fiddle) have built a vast repertoire of both original material and traditional tunes. Their album Time to Fly emphasises their natural musicianship with a collection of tunes inspired by people and places they came across during these years.

After the soft opening track Marioni’s, a tribute to the picturesque figure of a French soldier stationed in Plymouth during World War II that fled to a remote cave in Scotland during the conflict, the title track shows the high level of virtuosity of these two artists with fiddle and flute combining for one of the most energetic passages of the album. Head East is the longest track on this release: it starts softly with Smedley’s fiddle introducing Foley’s flute melody before the duo moves to a stylish jig.

Alex Thyberg of Jaarvsoo, a homage to a great Swedish fiddler, is the bridge to the second half of the album. This includes many fast paced tracks such as the sets of reels Wee Bit O’ and Takit, but also the most remarkable track on the album, the vibrant Coruscate. Reminiscent of their RURA collaboration, the tune was composed for the Distil Project, a ground-breaking course aiming to expand the horizons of young traditional musicians.

It’s easy to see that this album was not built in a day. Every tune, every track has a modern sound despite being largely traditional forms of music. It is crisp and clear, thanks in part to a never overwhelming supporting band.

A special mention to their 7/8 tunes is well deserved. In the Head East and Litteljohn sets the tight partnership between the two composers shines with the intricate delicacy that only comes from a deep artistic connection.

They have reached the optimal balance, presenting tunes both joyful and reflective as Time to Fly sinuously flows through different emotions. Tracks like the ethereal So Long, Lefty, the endearing Drift or the mesmerising Graeme and Carly’s create a diverse patchwork showcasing all the talent and the skilfulness of two young but experienced artists, two friends that truly enjoy making music together. We cannot feel more grateful to them for sharing it with us.

Released on CD and digitally on 28 March 2020 by Head East Records, produced by David Foley and Jack Smedley, mixed and mastered by Scott Wood at Oak Ridge Studios.