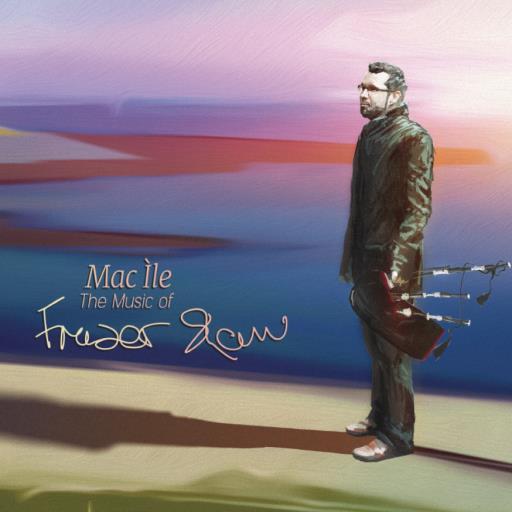 Mac Ìle is a bittersweet celebration of the work of the late Fraser Shaw - the Scottish piper, whistle player and composer who sadly passed away in 2015 at the age of 34.

Tracks such as the opening tune, Back to Islay, and £50 Cashback are full of joie de vivre. It’s the kind of smooth, swift playing to which one cannot help but respond with a smile.

It almost goes without saying but the playing throughout is excellent - though one would expect nothing less. Slumberland’s is a punchy dance tune with a captivating sense of rhythm, whilst the irrepressible Cairn’s Set builds and builds until it seems it can barely be controlled.

The album slows towards its end, moving towards a softer conclusion. Air Chall and In Frienship’s Name are thoughtful and emotive without becoming melancholy. Air Chall in particular features an arresting performance from Shaw himself on the whistle, sadly the only such performance on the album.

The finale, The C-side, begins not unlike the aforementioned tracks, with a gentle guitar and whistle intro. But with minor variations and the gradual addition of the rest of the band, it builds to a sumptuous, if measured, conclusion.

Mac Ìle is a beautiful tribute to Fraser Shaw, but it’s also beautiful music in its own right. Definitely well worth a listen, it will inevitably lighten your day, no matter how dark.

The album’s proceeds will go towards helping people throughout Scotland, and particularly on the Isle of Islay, living with multiple sclerosis.