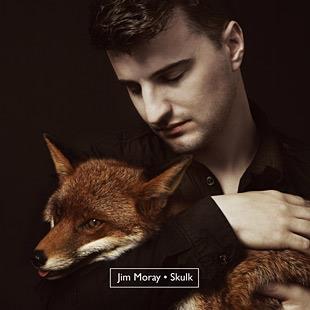 Launched with the stealthy cunning of the fox on its cover, Skulk - a collective noun for the furry beasts - is the new album from Jim Moray.

In contrast to the crunching Bristol Harbour, which introduced 2010’s In Modern History, Skulk opens with haunting, echoey piano and Moray’s restrained voice. The grim tale told is The Captain’s Apprentice, the story of a mistreated boy snatched from the workhouse and killed in a fit of temper.

It’s a sonically gentle start to a fresh, acoustically driven album, though as ever Moray is keen to mix themes and tones. The warm, jolly The Golden Glove is as close as things get to a ’classic’ traditional sound, augmented pleasingly by vocals and viola from Jackie Oates.

Moray’s ambition is as great as ever. The album features two covers - last year’s single Big Love, which adds drive, passion and banjo to the Fleetwood Mac original, and If It’s True, from Anais Mitchell’s Hadestown album. Moray performed in the UK staging of the folk opera - based on the story of Orpheus and Eurydice - and infuses the song with a drama and vulnerability missing in Justin Vernon’s version.

Not content with merely reinterpreting songs, Moray has also taken the step of reconstructing two fragmented Child ballads. Lord Douglas will be familiar - as Earl Brand - to fans of the Cecil Sharp Project. Sung here at a more stately pace, Moray has incorporated Danish and Norse variants of the tragic tale, and the result hangs together to make an absorbing story, told with subtle use of acoustic guitar and an impressive line-up of guests: Andy Cutting on melodeon, BJ Cole on pedal steel and Jackie Oates again providing gentle vocals. Hind Etin is another engaging reconstruction, featuring strident drumming and a violent conclusion.

The vaguely Framptonesque vocal effects on Horkstow Grange may divide listeners, but the production is typically innovative, and works in some interesting harmonies. The (almost) unaccompanied approach really pays off on The Eighteenth of June, which Moray nails. The song starkly reflects the horrors of Waterloo and Bonaparte’s troubled mind.

Moray is brave to take on Courting is a Pleasure, so associated is it with Nic Jones. But he makes a success of it - the wounding of the protagonist is more apparent than ever, backed by elegant, muted trumpet and howling guitar.

The album ends with Seven Long Years, which somehow manages to take a melancholy nightvisiting song and turn it into something gloriously uplifting, in the vein of Elbow’s One Day Like This.

It might not be as bombastic or as keen to explode boundaries as some of his previous work - there’s no Lucy Wan here - but Moray still displays a healthy appetite for experimentation. There are hints of PJ Harvey, The Smiths and Tom Waits as well as influences from the likes of Nic Jones and Martin Carthy.

And his voice has never sounded better - the softer approach means his singing doesn’t have to compete; he seems more at ease than ever before. Skulk is a tender, inventive and different album - Moray has again raised his game.