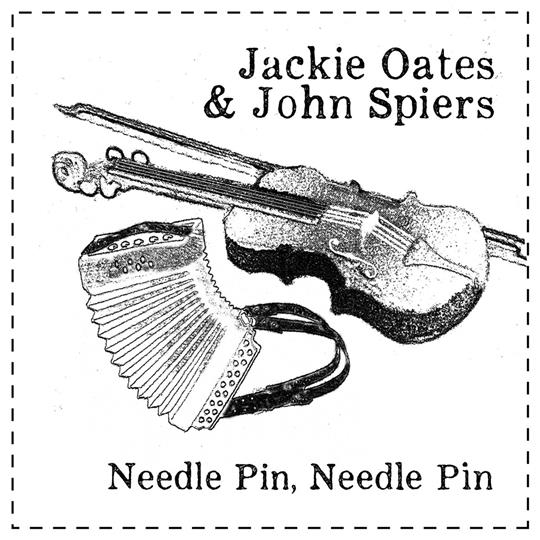 Needle Pin, Needle Pin sees singer and viola player Jackie Oates shining a light on a previously overlooked corner of English traditional song. Born out of a commission by the Museum of English Rural Life, the album brings together the songs, or “tells” previously used by children working in the lace making industry to both pass the time and measure their stitches.

She’s joined by John Spiers on melodeon, in a continuation of the collaboration begun informally at Nettlebed Folk Club some years ago. The former Bellowhead man’s accompaniments run the full range from his trademark robust bass on the rollicking Cottage In The Wood, to gentler moments such as the suspensions on renaissance-era Come Away Death and the refined harmonies of Beatrice Hill’s Untitled.

Alongside the songs are a selection of tunes with the singable quality characteristic of Cotswold morris tunes, making them perfect counterparts to the nursery-rhyme like melodies of many of the lace making songs. Oates’ warm viola tones are well suited to Old Hog or None, while Gallons of Brandy has her expertly sliding up to the high notes.

Meanwhile Oates’ airy voice balances out the macabre The Lady All Skin And Bone, while nicely conveying the dolefulness of The Bone Lace Weavers’ Song and the humour of The Congleton Bear, without lapsing into hamminess. Longtime Oates band member Mike Cosgrave lends his piano playing to the former two songs, as well being central to an imaginative arrangement of well worn ballad Death and The Lady.

By necessity much of the album sees Oates working with surviving fragments of lace making songs, often composing melodies from scratch. That said, it might be rewarding to hear some of the examples featured in Lace Makers and Cattern Day Tells developed into full-length tracks rather than the fleeting treatment they receive here.

Regardless, Needle Pin, Needle Pin packs a great amount of variety into its 36 minutes, with the three musicians bringing the source material to life, in an unflashy yet well crafted manner. The result is a highly listenable collection of music that belongs on present day folk fans’ CD players as much as it does in a museum.

Self-released February 28 2020 on CD and download. Produced and mixed by Richard Evans.