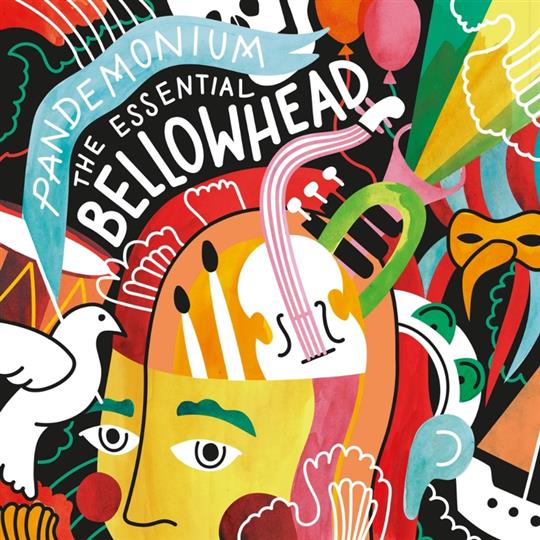 When it was announced earlier in 2015 that Bellowhead were calling time on their remarkable career it was met with no great measure of upset, and in some cases bewilderment. For a band who’d just started to see the commercial fruits of their long term effort it seemed perhaps a little premature to be pulling the plug. But with front-man Jon Boden deciding he no longer wanted to continue the other members decided it would be remiss for them to keep going without him.

Whether their end has come too soon or whether they’ve cleverly chosen to burn out rather than fade away remains to be seen but what it does give us is a chance to remind ourselves what is and has been so fantastic about Bellowhead over the last decade or so with this new 13-track retrospective.

Clubbing together the radio hits of the last couple of years with cuts going back to their EP debut, it spans the entire creative output of a band who gathered momentum very quickly before exploding into the national conscience with their upbeat and raucous re-workings of traditional tunes. That they care so much about the English tradition has been one of the greatest pleasures of watching Bellowhead, as they’ve sought to bring oft forgotten compositions into the eyes and ears of casual observers who might not have otherwise experienced them.

Listening to this collection back to front offers perhaps the best insight into the band’s progression as the stilted village-green jollity of London Town starts a journey that ploughs forward into the flagon-waving chaos of Yarmouth Town and ends with the stomping New York Girls. Whichever way you listen to the collection though, it’s a flawless set.

It’s a genuine shame that we won’t see the 11 members of this mighty act on stage together again beyond next year but they’ve made an indelible mark, not just on British folk music, but on the music scene in general, and for that they’ll forever be revered.