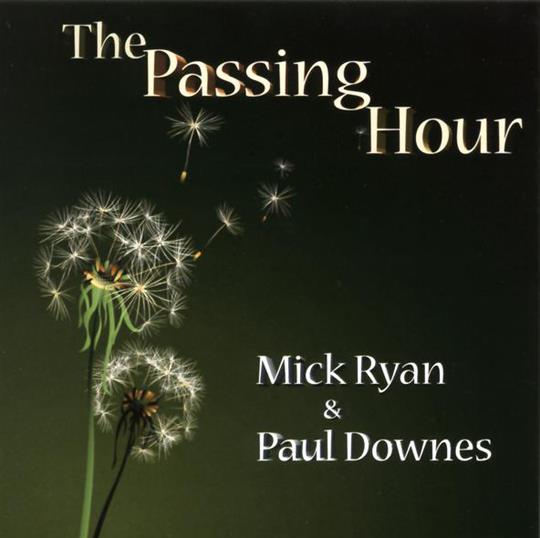 Listening to the beginning of an album and thinking immediately it sounds like a lost Bert Jansch & John Renbourn track is always a good thing: Paul Downes’ guitar and banjo on the Midshipman’s Boast interact in such an exciting way that you could manage without any vocals on this track, though they’re still welcome.

The Passing Hour, by Mick Ryan & Paul Downes, is threaded with this ethereal guitar by Downes. Aside from this there are very few other instruments. The skant instrumentation (with just occasional guesting, such as delicate five string viola from Jackie Oates on The Passing Hour) is clever: the vocal harmony between Ryan and Downes is confident, but would be drowned out if there was too much accompaniment.

This happens to some extent on Bartholamew Fair, where the cello largely predominates, but the clever cello line played by Kate Riaz makes up for that. The solo vocals on this are also engaging, and provide a light relief between songs which are mostly rather dark in sound and subject.

The best moments of the album are definitely the lighter moments, particularly where this is tied to beautiful clever singing, such as One Day, which finishes with a great a capella moment but is driven throughout by driving harsh guitar. Oates again guests here, and adds her vocals to the mix, creating a wall of sound.

One Day also highlights Ryan’s writing, which is subtle and engaging, having the ability to stick in your head whilst discussing the Spanish Civil War or emigration in the 1840s.

This album is varied despite its simple instrumentation: a hard feat. The Passing Hour can be silly or deep in turns, but always shows Ryan and Downes’ impressive collective experience in their field.

Released on WildGoose on 18 November 2016