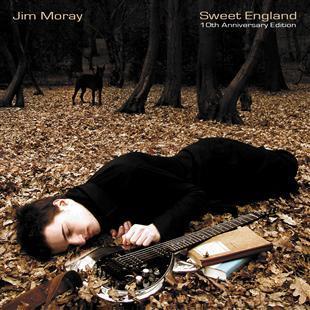 Following a tour with Eliza Carthy and a noisy backing band, Jim Moray continues Sweet England’s tenth anniversary celebrations with a special edition of the album. This indicates not only how far he’s come, but also the current good health of the folk scene.

The album has aged well. Early One Morning remains an arresting opener, with pastoral fiddle introducing what at first sounds like a conventional folk song, until rumbling bass kicks in and Moray’s voice begins to distort. It’s a confident start.

The album’s title track has an insistent, optimistic feeling - the line “now my mother is dead” has rarely sounded so cheerful. April Morning, meanwhile, offers a chance to hear the voice of Jackie Oates, who provides a winning backing vocal, three years before the release of her own debut album.

Raggle Taggle Gypsies is a particular treat. Meandering, jazzy trumpet and guitar leaves plenty of space for the story to be engagingly told. Indeed, storytelling is one of Moray’s strong points: he sings cleanly and clearly, allowing the gripping tales of both The Suffolk Miracle and Two Sisters to speak for themselves.

In The Week Before Easter, Moray uses the same trickery with his own voice we’d heard before with Lemady (from 2001’s I Am Jim Moray EP) and we’d hear again with Horkstow Grange (from last year’s Skulk). His eye for detail in the heartbreaking Longing For Lucy, meanwhile, would be repeated in his song for Adam Ant (on Low Culture), and rewrite of Silver Dagger (In Modern History).

Then there’s the extra stuff. You’ll already have enjoyed the lenticular 3D cover, but there’s plenty more music, too. There are two additional versions of Early One Morning: a 2013 mix, which adds heavier beats and a confident electric guitar outro, and a live version from 2004, with an enthusiastic piano part. The polite applause the latter receives seems disproportionate to the effort obviously expended.

The other live tracks also manage to reflect the album’s complexity. Expressive percussion boosts Lord Bateman, while Sweet England is if anything even more luminous than the album version, with a wiry electric guitar adding a frisson (and a hint of rock’n’roll feedback) to the lead line, while Moray’s vocal soars throughout.

Poverty Knock is the only track here not on the original album. Strong, woozy guitar balances out frantic piano as Moray sings about the working conditions - and factory gossip - of life at a cloth mill at the turn of the 20th century. It’s an unusual, deeply moving version.

Moray adds a crunching electric guitar growl to the chorus of finale Two Sisters. As well as being great fun, it also heightens the tension of the tale. The intense “I’ll be true to my love” refrain sounds like it’s come from a contemporary indie-rock track. Contemporary, engaging, exciting… all things modern folk music should be. The applause, this time, is far more vociferous.

The original Sweet England album, remastered with added live tracks and remixes on CD in a digipack with a 3D lenticular cover. Released 9 September 2013.