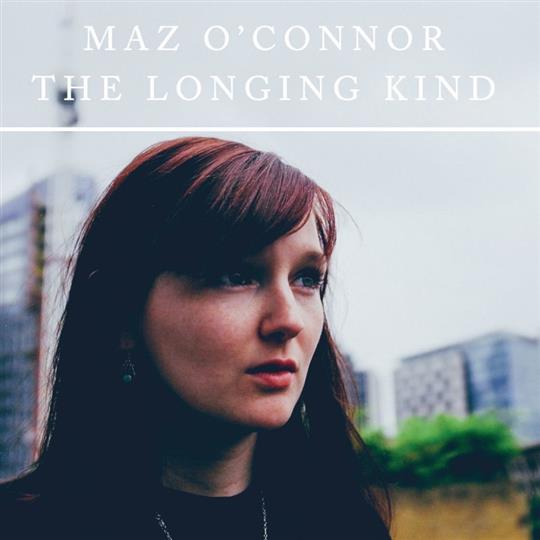 Maz O’Connor’s first album of entirely self-penned material, The Longing Kind, views a young person’s contemporary life through both folk and literary lenses. Each song stands strongly alone but also contributes to the album’s three act structure. The Intro reinforces the three act concept: it’s the orchestra tuning up pre-performance before segueing into the curtain-raising title track, The Longing Kind, whose keening steel guitar only accentuates the song’s air of regret.

The first act songs are a clear-eyed look at the mixed feelings involved in setting aside home comforts to seize the reins of adult life. When the big bad world gets tough in A Winter’s Blues, hedonistic distractions beckon - an idea also echoed in the paternal protectiveness of Crook Of His Arm, with its gently propelling rhythm and countryish steel guitar twang. Mother Make My Bed acknowledges ill-behaviour and a desire for excess with the glorious lines, “when you’re young and when you’re poor, the only thing you want is more”.

Songs in act two, influenced by art works, philosophise on the nature of identity. The Greenwood Side is an absolute standout track - a knowing and playful folk-rock romp cheerily tweaking the ear of tradition. Emma is the artist’s muse wondering over the image of her committed to canvas. A simple piano supports some impressive vocal control here. Jane Grey is a sorrowful, cello-accompanied prayer of a young woman endangered by politics and perception.

Act three represents some sort of accommodation, of an adult relationship with the world. The two intriguing final tracks A Rose and When The Whisky Runs Dry segue together, picking up the tempo slightly, strengthening the rhythm. Lyrically, they are bookends. Love is defined by other people in A Rose but, by the second song, love has been personally experienced, survived and accepted.

It’s a highly structured, even intellectual, album with its three acts and its seasonal chronology, but it’s never pretentious or forced. It’s also highly poetical, acutely composed with a consciousness of folk tradition and verse. The songs are rife with musical and lyrical references, like the paraphrasing of Macbeth’s witches in A Quiet Word’s opening lines. If that makes it sound like hard work, far from it. It’s testament to the talent of O’Connor and her team that they’ve put together such an enormously accessible album whose depths become more apparent with each listen.

Released on 26 February 2016 on Restless Head. Produced by Jim Moray.