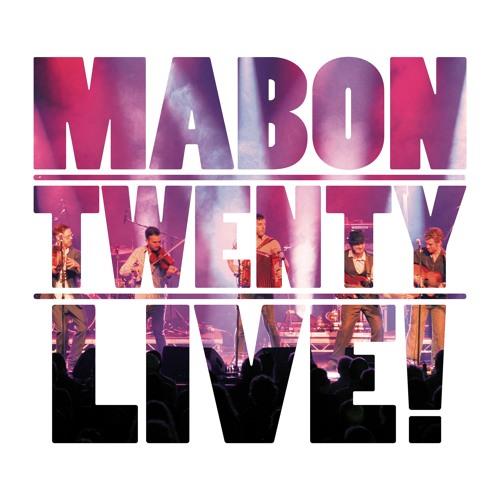 Twenty years together is an achievement for any band. Twenty finds Jamie Smith’s Mabon celebrating just that achievement with a retrospective look at their music old and new.

Twenty is a fantastic achievement in its breadth. Mabon pluck tracks from their first record to new sets.

There is a consistent funk influence provided in most part by Mabon’s percussion and bass back line. The Ridiculous Thinker, the first set arranged by the band after the introduction of drums and bass demonstrates what an impact their inclusion had on the band. Mabon notes that it was first time they got their groove on. Mabon have a flair for mixing musical genres, Drum ’n’ Breizh for example finds the band mixing drum ’n’ bass with Breton styled folk.

While jigs and reels make up the body of Twenty and are Mabon’s strength, tracks such as Yr Ennd and Hummingbird demonstrate the band’s slower, more sensitive side.

It’s not by accident that Mabon’s full name is Jamie Smith’s Mabon. Smith is an accordionist of great versatility; it’s impossible not to listen to The Tale of Nickolai the Dancing Bear and not be impressed. He is the gas to Mabon’s fire. This is not to say that Smith carries the band: The Gordano Ranter and Drum ’n’ Breizh see the group come together to achieve something greater than its parts.

Twenty is billed as a live album, with each track followed by polite applause, but it doesn’t feel like a live album. A live album should have that feeling of risk, that something is at stake, but that is missing. The audience is just a little too polite, they don’t take away anything but they don’t add anything either.

New compositions, Jig Trouble in Little Blaina, and Kingfisher and Magnet hold their own against Mabon’s established catalogue. To an effective review of the old they add an intriguing promise of something new.