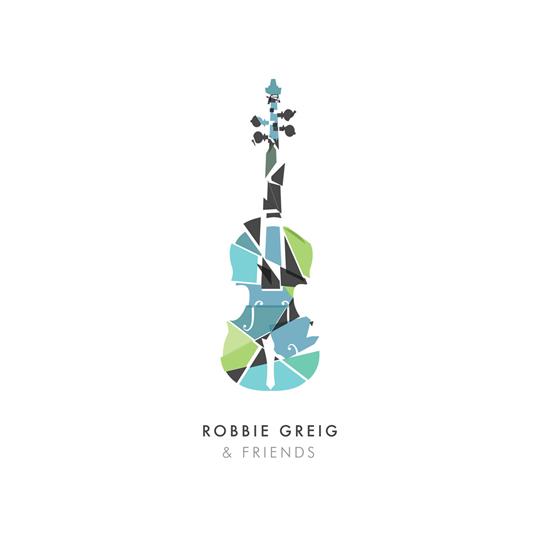 There’s no messing about at the beginning of this one. Straight in, you’re flung into a crisp, exciting and weaving tune, Ale is Dear. It’s great to know what’s coming from an album. No edgy ambient introduction, just beautiful playing. The album art highlights this intent - clearly Robbie Greig intended this to be an ode to his fiddle.

The first track’s fast playing - though impressive - is not as shocking or rare as the emotion displayed by perfect ornamentations, as demonstrated in the next track, Slidespeys. It’s this narrative playing which guides the listener through some confusing, clever modulations throughout.

The first sung track, Greim na Mara, is in Gaelic, allowing the English speaker to focus on the stunning tune and emotional singing, although the translations provided prove the Gaelic is equally emotional. This emphasis on melody is important to the success of this album: the guitar parts provide solid momentum, and the harmony is simple and sensitive. The accompaniments sit around the tune in the mix, supporting but never challenging it.

Greig is someone who knows his heritage, his community. He learnt tunes from sessions and other artists, including those who play on this album. This album feels like a session, with his fiddle lines being doubled by flute, whistle, pipes, banjo and other fiddles. To capture this so engagingly, without blur, is testament to the production prowess of Jani Lang.

In melody-based folk like this, it’s the little touches that make you move from a foot tap to a beaming smile, and Robbie Greig & Friends has plenty. There is nothing groundbreaking here, but that doesn’t make it unoriginal. From the genius of the Fender Rhodes on the first track to the in-your-face low fiddle on the fifth, The Fairest Rose, you sense thoughtful, creative perfectionism.

In writing this, enough good points to fill a review appeared after three tracks. Robbie Greig & Friends contrasts emotions expertly between tracks, and yet the overwhelming feeling is one of joy at playing for Greig, and listening for you. The eponymous title is apt: the album shows off his sensitivity and the strength of his musical friendships.