Jamie Smith’s Mabon - The Space Between 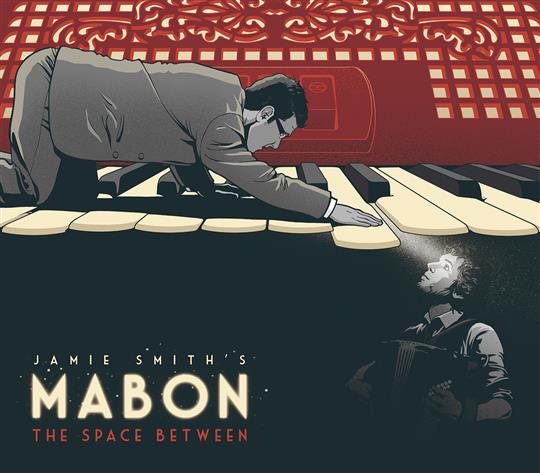 Eclectic tunes and virtuoso playing dominate The Space Between, the fifth album by Jamie Smith’s Mabon. Self-described as InterCeltic, their music carries influences from Irish, Welsh, Breton and Galician traditions, to name a few.

The sound falls a little on the generic side - particularly the English-language songs, which feel modern, poppy and more than a little disconnected from the rest of the album. In diversifying so much the album perhaps lacks a core focus, but the talent and respect with which the musicians approach the differing material is impressive.

Title track The Space Between muses on homesickness with a lilting instrumental refrain. Its lyrics really take off in the last verse, as the narrator travels "South; crammed in a carriage /Flying east; worn cabin baggage / Outwith time, passive, forgotten / Lost in the space between".

Returning From Where I’ve Never Been is more political, declaring, "There’s something rotten in the heart of this state / But we don’t act we just sit and wait ’til it’s too late" over an oddly cheerful and bubbly backing.

The instrumental tracks are the real triumph of this album. The first two sets, Frank’s Reels and Croeso Ioan, show off the musicians’ considerable talents while setting the stage for the sheer diversity and variety of tune-playing Mabon are capable of.

The Accordionist’s Despair sounds a bit like a composer’s frenzy. You can almost hear sheets of paper being torn up - that is, if you’re not too entranced by Jamie Smith’s faster-than-light playing. It’s followed by 48 in Ortigueira - a lovely, swaying composition that sounds as if it came straight from Galicia - then the twisting and intricate Go Kemper, and Drum ’n’ Breizh, dark and funky and full of crunching fiddle and accordion play-offs.

Finally, Yr Ennyd (The Moment), written by Iolo Whelan, is slow, thoughtful and grounded by long fiddle and accordion strains, breaking into a driving finish with chorus and drums. It’s an excellent finisher for the album, reminding us of the band’s Welsh roots.

The Space Between is an album of solid talent, with something to offer every kind of folk fan.

Released January 8th 2016 on Easy on the Records.