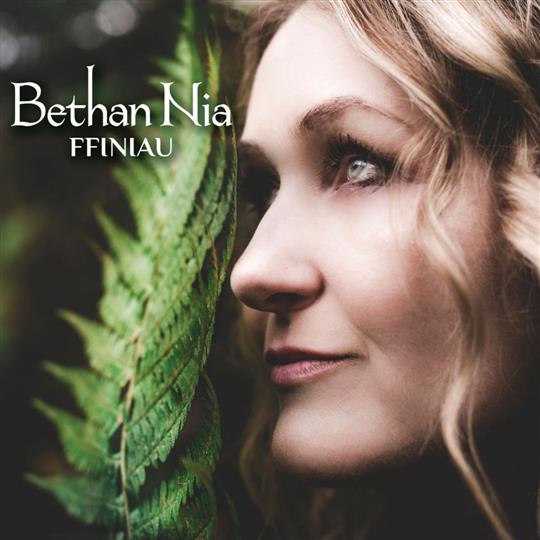 Borders and barriers have recently been at the centre of media coverage and of our lives, but the latest album by Welsh harpist Bethan Nia shows us that they are just a human invention. This bilingual work takes its name from the Welsh word for ’borders’, and yet it manages to transcend geographical and cultural barriers from its first note.

Ffiniau opens with Bugeilio’r Gwenith Gwyn and Ym Mhontypridd Mae ’Nghariad, two tracks that immediately showcase the sound of the entire album and Nia’s experimental approach to her main instrument.

The immersive interplay between her harp and the fragrantly delicate substrate of keyboards, synth, percussion and stringed instruments is the main feature of the entire work, alongside her trademark expressive voice. Perfect examples of this peculiar style are, together with the aforementioned opening tracks, the poignant Outside, the evocative Winter Song and the striking Ar Lan Y Mor, possibly the most remarkable among the thirteen recorded for this album.

There are also a few instrumental passages, like the airy set Ty Fy Nhad / Diferion Y Gerwyn and Kananaskis, a majestic duet of Nia’s harp and Gillian Stevens’ crwth, an Anglo-Welsh early instrument considered to be the oldest surviving form of bowed lyre in the world.

This is not just an album for Welsh speakers. The quality of the music and the careful design of these arrangements transcend borders and open up a series of landscapes and images, from natural beauty to glimpses of modern society, that will capture the imagination of many listeners around the world.

Released on CD and digitally on 21 June 2021, produced, recorded and mixed by Charlie Francis