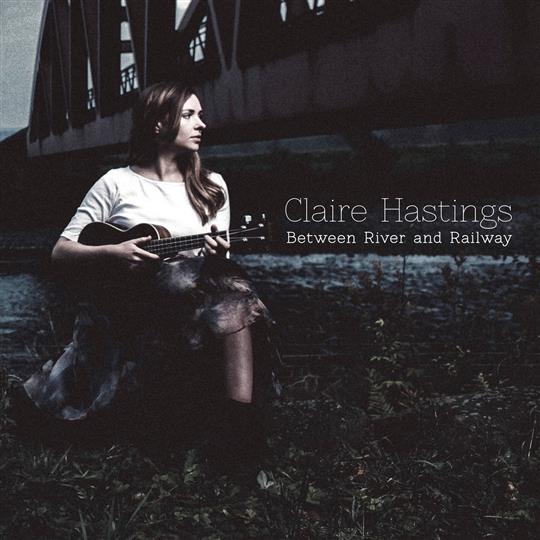 Here is a first album that feels almost too accomplished to be a debut. From Claire Hastings’ clear, flawless voice to her choice of material, to the arrangements of the songs, Between River and Railway plays like an album that’s sprung fully-formed and effortlessly into being.

Opener The House at Rosehill is a song written by Hastings about the house she grew up in; it’s a lovely piece, full of imagery and nostalgia. It’s followed by a traditional song, The Bothy Lads, and another of Hastings’ songs, the darker and poignant Son of No One.

The album features seven band members and guest musicians who create a wonderful backdrop of sound for Hastings’ songs, although her voice is so strong that it’s clear every piece would work just as well solo. I Missed The Boat - a catchy song that’s minimalist in every aspect, being written for a 30-word song challenge - is a good example of this; the backing perfectly augments Hastings’ vocals and ukelele.

One of the most striking songs on the album is Let Ramensky Go, a song about a Glasgow criminal in the 20s and 30s originally written by Roddy McMillan. Energetic, driving and with fantastic instrumentation, it can’t fail to capture your attention.

Other highlights include Hastings’ version of the Burns song The Posie, to which she has written an excellent melody, and Annie Laurie, a love poem written by William Douglas. There’s also a nice version of When a Knight Won His Spurs and an excellent self-penned song, Gretna Girls, about women workers at a munitions factory during WWI.

The closing song is one by the late Lionel McClelland, which in Hastings’ words, is "about making the most out of life, and enjoying the company of the people we share it with". It’s in some ways an embodiment of this album, and certainly a fitting way to end it.

Heartfelt, accomplished and varied, Between River and Railway is an excellent debut album from a very talented singer. Claire Hastings is definitely someone to watch.

Released on 29 April 2016 on Luckenbooth Records.