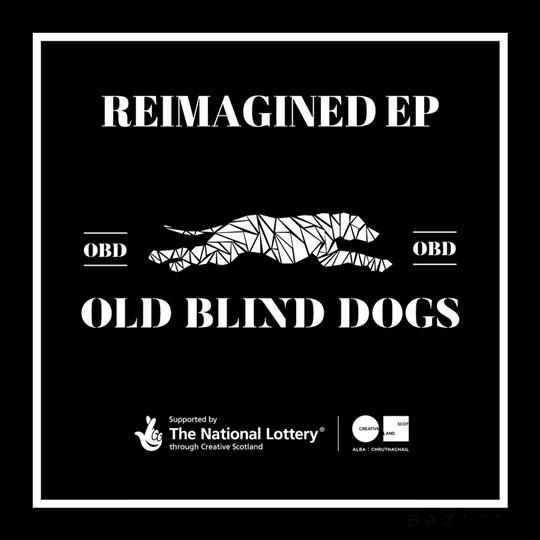 Old Blind Dogs celebrate their 30th anniversary with Reimagined, a six track EP in which they provide new renditions of songs and medleys previously recorded on some of the eleven studio albums they have released so far.

The opening track Boondock Skank immediately underlines the two main features of this work: the modern approach to folk music, always the trademark of the band, and their ability to dress up the same composition in different ways. There are also two other instrumental tracks, a catchy rendition of Janine’s and the haunting The Buzzard, this time played on fiddle and low whistle and enveloped in an ever-changing arrangement.

Together with Tatties and Herrin’, performed in a rather traditional style to the backdrop of Ali Hutton’s border pipes drones, the other two songs, Braw Sailing and The Rose and the Lindsey-O, convey a delicate and immersive sense of intimacy thanks to the thoughtful dialogue between fiddle, whistles and percussions that is the most distinctive characteristic of the entire release.

Despite the surprising and forward thinking arrangements, there is no doubt that every listener who is familiar with Old Blind Dogs’ previous works will surely recognise their distinctive sound. Thus Reimagined represents a well-deserved tribute to the legacy of a band that, through albums, memorable gigs and accolades, has shaped folk music from these isles in the last 30 years and will surely continue to influence the tastes of many in the decades to come.