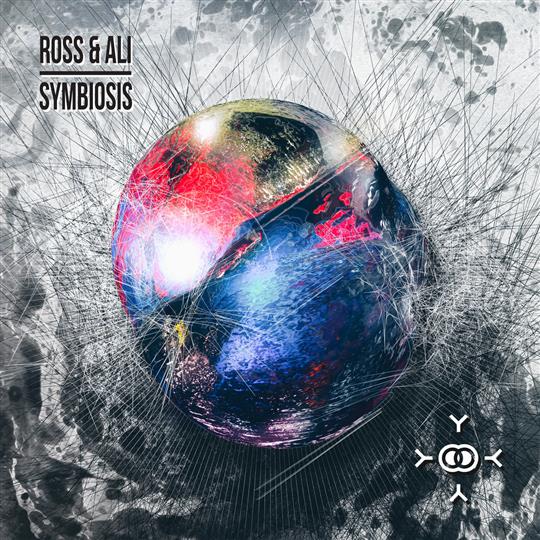 The Concise Oxford Dictionary defines symbiosis thus: "an interaction between two different organisms living in close physical association, usually to the advantage of both." Symbiosis is therefore a perfect title for this recording by two musicians who have known each other since childhood and interact musically so naturally. Listening to them play, you will quickly come to the conclusion that they both have more fingers and bigger lung capacity than is the norm.

Between them, Ross Ainslie & Ali Hutton play Highland pipes, Border pipes, whistles, guitars, cittern, banjo and harmonium, and as if that wasn’t enough they are joined on this album by Duncan Lyall on double and electric bass and Moog (nice to hear one of those on a folk album), Martin O’Neill on bodhran and Gus Sicard on snare drum.

The nine tune sets all have single word titles, but the full titles on the sleeve will hint at the stories that inspired them. Most of the tunes are their own original compositions with a few written by others, and there is one traditional tune. There is a great variety in texture, tempo and style, evoking the varied Scottish landscape from rugged mountains to gentle wooded glen, and everything in between.

Two sets have a matrimonial theme. Smiler is a lively set beginning with a waltz celebrating a wedding with whistles, guitar, harmonium, bass and bodhran - shameless party music. Ruby is a little more sedate, while losing none of the celebratory feel and marks a ruby wedding anniversary.

The set called Grans is presumably a tribute to Mrs Jane Kenney of St Anne’s, Methven, for whom the first tune is named. After a gentle start, the Highland pipes take over the melody, and the addition of a pipe band snare drum gives the tune a dignified feel before the mood changes into a much faster, more intricately-woven tune typical of Ainslie & Hutton’s playing style.

While the full sound of so many instruments is very much a feature of the album, occasionally the texture is stripped down to the basics. Fourth features just whistles and bodhran. The whistles switch between unison and harmony playing to great effect. Loch uses just guitar and whistles and has a lyrical feel which would work well as a song tune.

Throughout this album the appropriateness of its title is ever evident. Ross Ainslie & Ali Hutton are superb musicians in their own right, but together create a sound that is even greater than the sum of its parts.