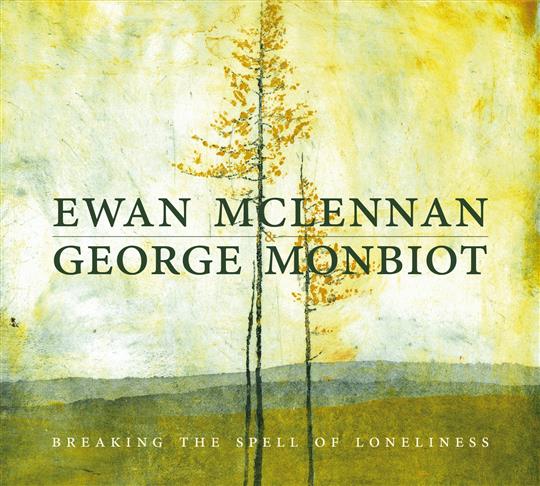 Many followers of Bright Young Folk may be familiar with columnist George Monbiot. For some, Monbiot’s polemical Guardian columns on environmental destruction, economic inequality, the abuse of power and social decay may be a key reason for purchasing that newspaper, but would anyone want to purchase an album by him?

The first thing to make abundantly clear is that it is Ewan McLennan whose vocals and music we hear throughout the album. Monbiot, though, contributes much of the lyrical content and the story on how this album came about is a fascinating one.

The project began in the wake of an article that Monbiot wrote about the age of loneliness, which explored the themes of social isolation and the breakdown of society. It soon went viral and there was interest from publishers, but Monbiot’s further writings on the subject became the basis for songs, rather than a book, and he turned to McLennan with the idea of putting an album together.

So, a compelling back-story but musically and lyrically is the album any good?

There’s a gentle, melodic, laid-back feel to the music which provides the perfect backdrop for appreciating the album’s lyrical content. McLennan provides the vocals and guitar and he’s joined by Lauren MacColl on violin and viola, Sid Goldsmith on slide guitar, Donald Shaw on harmonium and Beth Porter on cello.

Scotsman McLennan, has a voice with absolutely bags of character, that immediately draws the listener in to each enunciated syllable of each line of every song.

Opening track Such a Thing as Society offers an eloquent and unapologetic rebuttal to one of former PM Margaret Thatcher’s most famous quotes: “There is such a thing as society, it keeps us from losing our minds, it’s working and living and laughing together, that makes us human kind.”

My Time and Yours, with its melancholic harmonium accompaniment and reflective lyrics looking back to days of hard time,s but strong communal and familial ties, is a particular favourite. It is a battle cry for today’s generations to break the spell of loneliness. It’s the only song written by McLennan alone but completely fits in with the overall theme of the album, and in many ways its lyrics act as a rallying manifesto for the album as a whole.

Other themes explored on the album include lost childhood freedoms and the casualties of society as seen through the eyes of a desk sergeant on night duty at a local police station. A haunting and beautiful instrumental Unknown Lament, and spirited cover of the civil rights anthem We Shall Overcome complete the album.

The world we live in means there is an awful lot to rally against and the folk genre rightly retains a crucial role in turning out songs that make us think hard about the world we live in. But however sincere the intentions and however important the issues, it is not unreasonable to expect such songs to be well-written, well-played and well-sung. Breaking the Spell of Loneliness more than passes those tests and is an absolute gem of an album.

Released on Fellside Recordings on 14 October 2016.