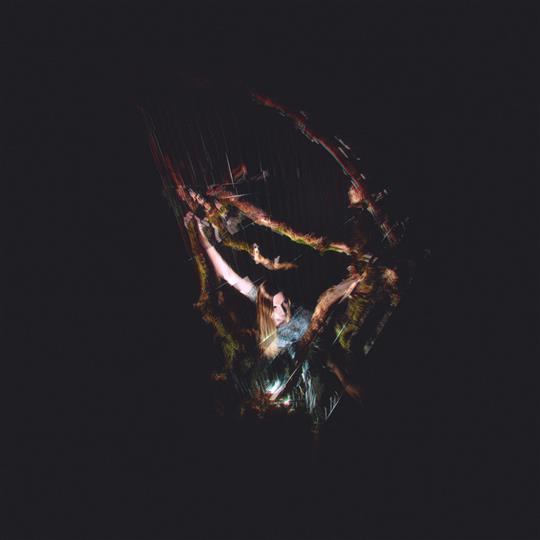 Improvising sounds, developing songs and experimenting with ideas in the studio seems to be the MO for Rachel Newton’s third solo album. An interesting blend of traditional folk and her own original work, Here’s My Heart Come Take It is a measure of the growing confidence of a modest and undemonstrative musician.

Of course she’s more than well-known for her playing in The Shee, The Furrow Collective, Boreas, in the Elizabethan Sessions and as part of Emily Portman’s band, where she is cultivating a growing reputation for embellishing with her distinctive yet subtle harp playing.

With the new album though, she extends her range into piano and keyboard and also utilises the skills of co-producer Mattie Foulds on drums, Lauren MacColl (fiddle and viola) and Michael Owers on the brass. Playing as part of a band isn’t new, yet Here’s My Heart Come Take It is distinctly Rachel Newton. In the same ballpark as the type of music Rachel is a part of with Emily Portman - delicate and subtle, intimate and personal - she has delved into the traditional songbook to provide the bulk of the source material and add her own mystic sprinkling of charm. Plus a little from the dark side.

The Max Hunter song collection is mined for the title track and for Don’t Go Out Tonight My Darling - tales of love and loss which appear to be a common theme not only in folk songs in general but threads which are at the heart of this collection.

The title track is soundtracked by a more expansive backing, not dissimilar to something from The Unthanks style, while Don’t Go Out Tonight (with a slight whiff of a country & western feel) and Poor Lost Babe, also from Hunter, are accompanied by more sparse and stark instrumentation. A sparseness taken to extremes in the Gaelic Chaidh Mo Dhonnchadh Dhan Bheinn (my Duncan went to the hill and did not return). Perhaps the most striking song on the record in its sentiment, arrangement and delivery.

The inclusion of two traditional ballads, Proud Masrie and The Bloody Gardener, see the experimentation getting interesting: the former based round a hypnotic vibe while the latter again treads an Unthanks path of arrangement with some interesting percussion and what sounds like a vaguely improvised set of sounds. Closing the album with another lyric of loss - Sir Walter Scott’s An Hour With Thee - which is paired with a coda of Newton’s own, a distinctive solo harp outing in One Hour More, it rounds off an exceptional set of material which grows in stature with repeated listening and exploration.

Released on 15 April 2016 on Shadowside Records.
Recorded in December 2015 at the Caribou Recording studio near Edinburgh.
Produced by Rachel Newton and Mattie Foulds.