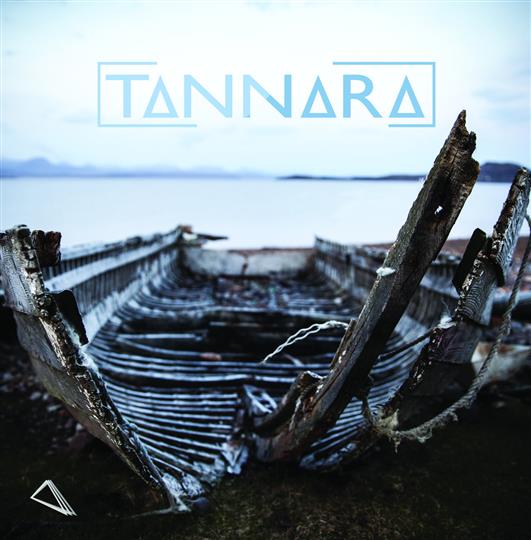 Trig is a credible first effort from Scottish contemporary four-piece Tannara. Although this is their first release together, all four are experienced musicians, and it shows in their playing. The album is a mix of traditional and original tunes and songs.

One of the strongest aspects of Tannara’s music is Owen Sinclair’s vocals, which fall halfway between folk balladeering and rough-hewn indie. Sadly they appear on only a few tracks, including the traditional ballad Queen Jane, which begins as a slow lamentation before suddenly accelerating, to unsettling effect (though in a good way).

There are also some great tunes amongst the instrumentals. Two Birds, No Stone features two excellent, if very different tunes. The first, composed by Andy Cutting, is reminiscient of a Parisian Waltz and is dominated by Joseph Peach on accordion and Becca Skeoch on harp. Conversely, the following tune is a storming ensemble reel, driven by Robbie Greig’s fiddle alongside Peach’s accordian, punctuated by Sinclair on guitar and Skeoch again on harp.

The other tune to highlight is Sitting on the Ridge; a set of two tunes, one by Sinclair and the other by Californian fiddler Mariel Vandersteel. The first, Sinclair’s Faebuie to Balmenach is all measured, soaring melodies. Greig picks up the pace as the four move into Vandersteel’s joyous tune, also called Sitting on the Ridge.

Trig is certainly a good first album. Tannara could perhaps have been more adventurous, the hints of Sinclair’s indie sensibilities that begin to peak through at times could have been involved further. The band is certainly capable of incorporating them without losing the distinctive Scottish folk character. Hopefully their next outing sees them be just a little bit bolder.