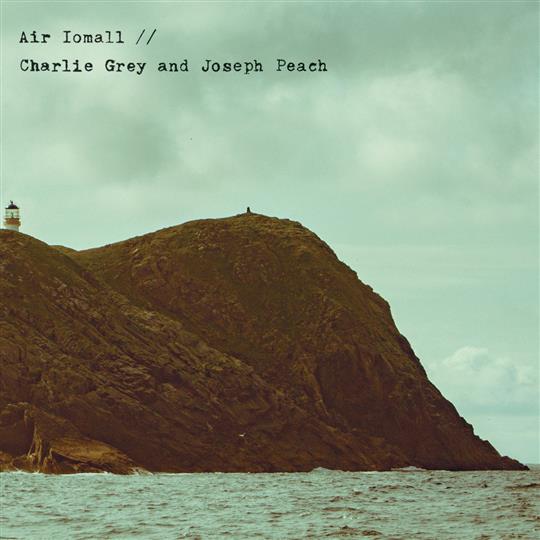 At the end of August 2018 fiddler Charlie Grey and accordionist and pianist Joseph Peach set sail on The Wylde Swan to visit some of the most remote islands of the Hebrides: North Rona, the Shiant Isles, the Flannan Isles, Sula Sgeir and St Kilda. Air Iomall, translated from Scottish Gaelic as ’islands on the edge’, is the result of this once in a lifetime journey and the soundtrack for the film of the same name by Hamish Macleod.

The Big Islands is the perfect opener for such an album, a gentle and perhaps hypnotic climax on fiddle and accordion, with a delicate piano and guitar accompaniment, effortlessly taking the listener to the Hebridean blue, green and grey landscapes. Donald MacLeod King of North Rona and Ducat, Marshall, and the Occasional are two slow airs: the first one is bright and harmonious; the second one has a slightly darker tone while staying consistent in style with the former.

The second half of the album is more energetic: it starts with Sula Sgeir, a march and reel combination in which Grey’s fiddle drives the melodies and excels in ornamental virtuosity. The Cliffs of Conachair is another slow air, perhaps the most striking one, and the natural bridge to the set of jigs The Wylde Swan, a tribute to the ship that carried them along the voyage. The album closes with the recording of the entire album performed in the church on St Kilda with an audience of some dozens of people, mostly passengers of the ship.

The great number of slow airs contributes to recreate the quiet and timeless beauty of these precious places, while the joyful mood of the journey is well represented in the more lively tunes. The overall impression is quality musicianship: they make everything sound tight and natural, just like the ancestral link between those remote islands and the population that used to live or still live around them.

The entire album is truly evocative: the subtlety of Grey’s fiddle playing and the warm harmonies of Peach’s boxes and piano substratum really take the listener to those remote outskirts of Western Europe and vividly display a patchwork of an ancient and unique culture.