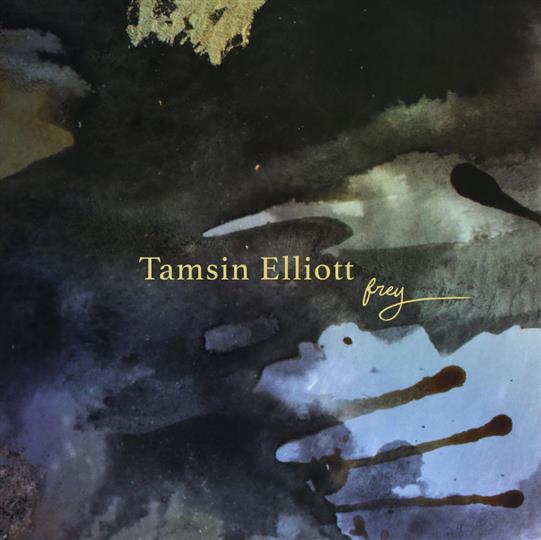 We all live through moments of uncertainty and fear and have to learn to deal with them. Bristol based multi-instrumentalist and visual artist Tamsin Elliott knows it and Frey proves her ability to explore the whole spectrum of emotions we can sometimes pass through.

For this album, she has been supported by Alex Garden and has gathered a notable line up of great names such as Sid Goldsmith and Rowan Rheingans.

The entire release is suspended between her English traditional music roots, a touch of minimalism and some elements she collected during the periods she spent in Egypt. Hence, the album is a mix of more recognisable folk tracks such as the jigs Old Wax Jacket / A Coat of Sawdust or the lively set Emerging / Full Squirrel, incursions into ambient music, particularly in harp led tracks such as Cold Moon and Lullaby, and recordings heavily influenced by Egyptian traditional music such as The Loss Endures II and Lament.

Elliott’s ability on a number of different instruments, including harp, accordion and whistles, together with her occasional vocal contributions, beautifully guides the listener not only through her personal pain-healing process, but also in a colourful representation of the world’s sufferings, from injustice to climate change, from human everyday troubles to societal disconnection.

The wide range of sounds is the winning feature of this release and makes everything more universal and accessible, even to those not into folk music at all. A highly recommended work for an introspective journey into the human condition.

Released on Penny Fiddle Records on 30 June 2022. Recorded by Alex Garden, produced by Tamsin Elliott with production consultation by Sid Goldsmith and Theo Passingham. Mixed by Ben Capp and mastered by Theo Passingham.