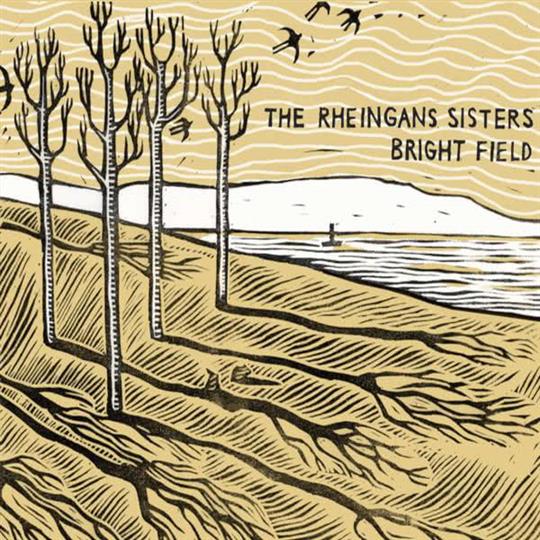 The phenomenal success that is The Rheingans Sisters has now been around for half a decade, and their sound has reached glorious maturity on their third album, Bright Field.

Being geographically separated - with Anna living in Toulouse and Rowan remaining in the UK - has done nothing to damage the cohesion and synergy that earned both praise and awards for their previous effort, Already Home. For the entirety of this new album, which is almost entirely made up of original material, the two sisters work together to create a whole which is certainly more than the sum of its considerable parts.

The album consists of equal parts songs and tunes - five of each. The tunes are joyful and intricate, and build on musical traditions from across Europe, while not being bound by any of them.

Glattugla and Dark Nights / Swinghorn are both inspired by Anna’s time studying in Norway, and memories of that country’s icy pavements and long winter nights. They readily conjure up these images, but also convey the joy which pervades the entire album.

Meanwhile, Xavier’s (written by Anna’s former teacher Xavier Vidal) and the album’s one traditional item, Lo Segoner, come from the dance traditions of southern France, being a bourrée and a branle respectively.

All the tunes, however, are filtered through the multinational lens of the sisters’ musical experiences, creating something fresh and unique. Of course, the virtuosity of the sisters, playing on violins and banjos made by their father Helmut, is also a joy.

The album’s songs are equally successful. This Forest and Green Unstopping are both beautiful examples of Rowan’s elegant voice and evocative lyric writing, as well as containing glorious moments of harmony vocals from Anna. Anna also takes a turn at both song writing and lead vocals, in French no less, on the sparse and elegant Appel.

Also worthy of mention is the title track, whose beautiful melody accompanies the poem of the same name by R.S. Thomas, spoken with arresting clarity by Dafydd Davies-Hughes. The highlight of the album, however, is the breath-taking and deceptively simple Edge of the Field, which appears almost at the end just as you think there is no more this record can offer.

Bright Field is a worthy continuation of the story of one of folk’s most unmissable duos and is a tantalising glimpse of what the future may bring from these enormously talented sisters.