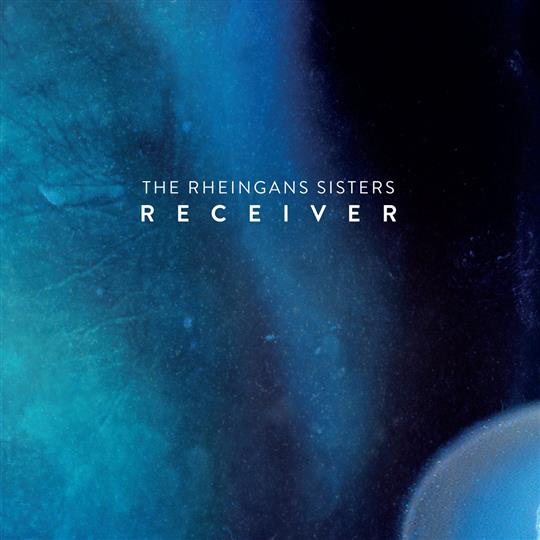 Drawing on an eclectic range of folk influences stretching from The Pyrenees to Scandinavia, Receiver is the fourth album from Derbyshire-born duo The Rheingans Sisters. Swapping fiddle, viola, banjo and vocal duties between themselves, the two sisters also share out songwriting duties in roughly equal measure with traditional songs and tunes reimagined by themselves and producer Andy Bell.

Opening track The Yellow of The Flowers sets the tone for the open, playful mood of the album as a whole. With a melody that leans up inquisitively against insistent fiddle chords, a simple motif played on the recorder-like flabuta layered on top adds to the sense of childlike wonder.

The theme of youth and coming of age runs throughout Receiver. After The Bell Rang captures a gradual process of learning and realisation, while on Salt of The Earth shimmering electric guitar complements rootsy banjo and fiddle, along with closely melded vocal harmonies.

With it’s cheerful melody set against a bouncy plucked fiddle riff, The Photograph appears to be picking up this thread. A closer reading of the lyrics and the extensive sleeve notes reveals it to be about The Troubles, Rachael Cohen’s dusky saxophone hinting at the disquiet beneath the exuberant surface.

The way in which the track gradually sneaks in increasing amounts of rhythmic and harmonic tension is a prime example of the way in which the duo use economical instrumentation to introduce complex musical ideas to their work while allowing the music space to breathe. The Bones of The World features their two plucked fiddles working both with and against each other as they circle a murmured Occitan shepherding song, while Insomnia descends into a gnawing feedback loop of minimalistic fiddle lines swirling around before reaching a deafening conclusion.

In a further example of their ability to create full and rich textures between just the two of them, the glacial From Up Here sets a steady fiddle melody against long viola chords. Orogen meanwhile is an absolute wall of sound owing to the use of the tambourin à cordes, a large stringed drum from Southwestern France.

An album that brings together sing-song melodies with a diverse palette of keys, textures and timings, sometimes all at once, Receiver sees The Rheingans Sisters further establish themselves among the cohort of young and forward thinking acts for whom the folk scene is a starting point, but by no means the full extent of their musical horizons.