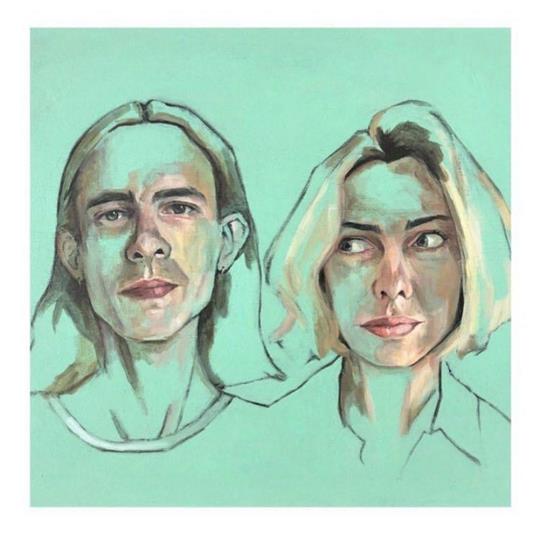 As many of the most famous pieces of art demonstrate, the juxtaposition of two elements whose blending is unusual catches the audience’s attention and opens new creative landscapes. This is the case for West Country duo Harriet Riley and Alex Garden.

Their debut album is a dialogue between two instruments coming from different traditions: the vibraphone, with origins in the jazz scene of the United States, and the fiddle from the British Isles.

Another singular aspect of this release are the titles of the tracks that, apart from closer Through the Paddy Fields, are all sophisticated and unusual words, almost all from the English language. So Vellichor, the title of the opening track which embodies all the strong points of this musical experimentation, means the strange wistfulness of bookshops and the title track Sonder represents, both with the meaning of its name and its thoughtful structure, the realisation that every human has their own and complex existence.

Forelsket is perhaps the track that best summarises this duo’s musical exploration. Its title is a Danish word denoting the euphoria of falling in love and the composition therefore conveys a romantic and inspirational mood through a multi-layered series of variations on a theme suspended, as with the entire album, between folk, jazz, classical and even cinematic music.

The harmonies that the vivid fiddle and the limpid sounding vibraphone create floating around each other exceed every expectation; the two voices interweave exchanging their roles as Riley not only provides an effective accompaniment for Garden’s sensitive playing, but also adds her unmistakable voice to the tunes, as shown in the hypnotic Shivelights, whose title indicates shafts of sunlight piercing the foliage of trees.

Despite the tracks being mostly slower paced compositions, there is no lack of energy. The duo effortlessly proceed, smoothly syncopating, through these tunes, some of which have quite uncommon time signatures. Take for example the vibrant Nemophilia, whose title means for the love of spending time in forest or woodlands, particularly at night, or the oneiric Phosphenes, whose title indicates the sparkles of light and colour that can be seen while gently rubbing one’s eyes.

The overall result is a stunning mix of dreamlike atmospheres and mesmerising energy, a bridge between different genres and one of the most adventurous albums in recent years, launching two young and talented artists as well as their avant-garde musicianship.

Self-released on CD and digitally on 6 November 2020