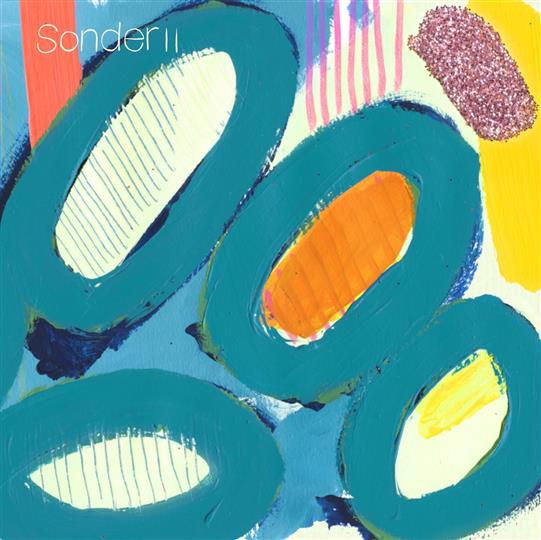 After the extraordinary success of their first album Sonder, Harriet Riley and Alex Garden are back with the second chapter of their musical collaboration. Sonder II proceeds in the same direction as its predecessor, with the same captivating combination of fiddle and vibraphone. The track titles are all unusual words, mostly from the English language.

Anyone who has already come across their music will happily rediscover their idiosyncratic sound, suspended between the energy of folk music, the avant-garde approach of jazz and minimalism, the steeliness of classical music and the atmospheres of cinematic soundtracks. Tunes such as the opening Resfever, the title of which indicates the tangled feeling of fear and excitement of a new journey, or Apricity, a term denoting the warm touch of the sun in a cold winter morning, are the perfect examples of the profound synergy between these two artists.

This new release also includes three palindromic tunes, tracks that sound exactly the same if performed forwards or backwards, an exceptional sample of Riley and Garden’s composition skills. Together with their long term musical companion Stevie Toddler on double bass, Pete Judge’s flugelhorn contributes a delicate juxtaposition, especially in the more varied tracks like Syzygy, named after the English astronomical term for the alignment of celestial bodies, and Tryst, perhaps the most remarkable composition on this album, with a title indicating the discrete meeting of two lovers.

The unique approach of these two young artists, based on the thoughtful interplay between a traditional instrument and a modern one, and on the cross-pollination between their typical genres, once again proves to be highly effective. All the different elements they mix, the variety of inspirations and even the wisely calculated pauses all help craft hypnotic soundscapes to be explored many times to discover all their facets.

Sonder II is a new exciting step forward in this duo’s experimentation and a mesmerising musical experience that will consolidate their fan base and attract many new listeners, a modern sounding album that reaffirms their reputation as pioneers of minimalist folk music.

Released on CD and digitally on 21 January 2022, recorded at Pounds Art, Corsham