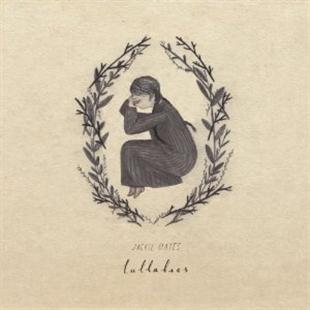 Don’t be put off by the title - Jackie Oates’ Lullabies isn’t just for babies who can’t get to sleep. Admittedly, it does contain some nostalgic moments for those who can remember hearing some of the songs as children, but there are some real surprises too.

Jackie has drawn her material from a variety of sources. Most of the songs are traditional (with three of them being Icelandic), but there are also covers of songs by the Incredible String Band, Bill Caddick, Sir Paul McCartney and even settings of AA Milne and Shakespeare.

Jackie has chosen a fine set of musicians to join her on this album. The accompaniment for each track is never overpowering, resulting in each song being delivered with charming simplicity.

Thy Cradle is Green is a charming song, less than a minute long, featuring children’s voices. This leads into a delicate instrumental track, When I Was a Lady, played on viola, octave violin, kantele, guitar and electric bass.

Wexford Lullaby is sung to a traditional tune, with words by John Renbourne, and is a lovely a cappella piece with Chris Foster and Bara Grimsdottir joining Jackie on the vocals.

Another beautiful unaccompanied piece ends the album, and is in fact a song to wake you up - albeit gently. Sleepers Awake is a cover of a song originally recorded by the Incredible String Band. In this version Jackie duets with Chris Sarjeant in a sublime close to a beautiful album.