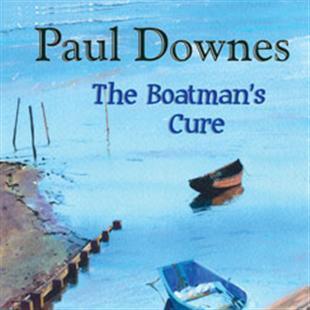 Paul Downes is a familiar face on the folk circuit, working with such folk luminaries as Phil Beer, Maggie Boyle, Mick Ryan and the Arizona Smoke Review, to name but a few.

Here he goes solo (with a few guests, including some with whom he has shared a stage) giving his fine voice the opportunity to showcase a selection of traditional and more contemporary songs. There is a nice balance of the two, punctuated with a couple of self-penned tunes.

The traditional songs include Farewell Nancy, here to a little known tune, beautifully enhanced by the mournful cello playing of Gill Redmond.

The Broken Down Gentlemen is a sorry tale, lamenting a mis-spent youth, with gentle accompaniment on melodeon (Issy Emeney), fiddle (Jackie Oates) and whistle (Maggie Boyle). Whilst The Poor Old Couple has a jaunty tune, disguising the fact that it is a sad tale of infidelity.

The album contains a fine choice of contemporary songs and gets off to a lovely start with the John Richards classic Honour and Praise accompanied by Phil Beer on fiddle. Others are by artists Paul works with regularly, eg Mick Ryan’s Down Among the Dead Men which also features Phil Beer.

Rather more upbeat in tone is the title track, The Boatman’s Cure, written by George Ward. Here a lively tune praises rum as a cure for a variety of ills.

The tunes, Braunton Burrows and Lamorna Cove, were named by Steve Knightley after points on the South West Coast Path. These gorgeous instrumentals are both played on steel-stringed guitar.

The Boatman’s Cure is an album which is easy on the ear without ever being bland.

1. Honour and Praise
2. Farewell Nancy
3. Braunton Burrows
4. The Old Man’s Retreat
5. The Boatman’s Cure
6. Down Among the Dead Men
7. The Poor Old Couple
8. I hate the Rain
9. The Broken Down Gentlemen
10. Lamorna Cove
11. The Road to Camden Town
12. Unaccompanied