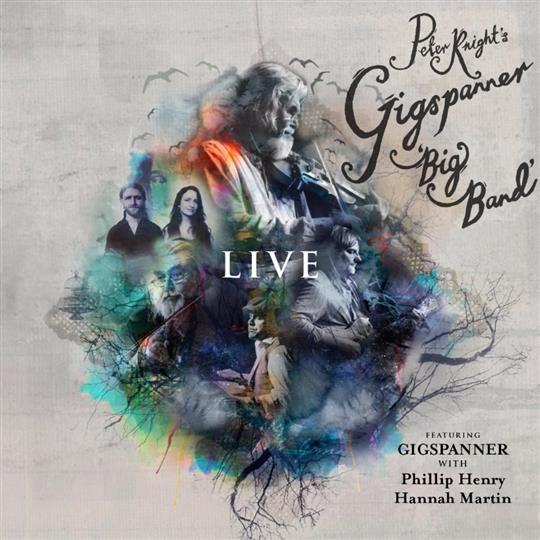 Obviously, the best way to experience Gigspanner in either form is to see them in concert, but a live album is the next best thing. The arrangements show a creative approach to traditional material, in perfect fusion with original compositions. The addition of the extra instruments and vocals brings further depth to Gigspanner’s distinctive sound, blending well together without losing their identity.

As the album launches gently into The Butterfly you will be transported on a blissful musical journey, as delicate as butterfly’s wings, led by Peter Knight’s exquisite fiddle. The tune meanders freely for more than 5 minutes, until the percussion joins in, almost imperceptibly, underpinning a more hummable melody.

Hannah Martin and Phillip Henry (now known as Edgelarks) bring two of their own compositions to the Big Band. Silbury Hill is an atmospheric song, inspired by a visit to an ancient monument in Wiltshire. Martin’s distinctive voice conveys the mystery of the place, while the fiddle and dobro add to the atmosphere. It features an extended instrumental interlude where the musicians are given free reign.

The Last Broadcast is a poignant tribute to the journalist Marie Colvin, killed whilst reporting in Syria. This track features the haunting sound of Henry’s chatturangui (an Indian slide guitar).

Even the classic Hard Times of England is given the unique Gigspanner treatment here. Often a rowdy romp when performed by Steeleye Span for example, here it is much calmer, with Peter Knight taking the vocal lead over gentle accompaniment from the other musicians and vocal harmonies in the refrain. As with the other songs, the instrumentalists enjoy an extended interlude, weaving in and out of each other, with no one instrument dominating.

Of course, no Gigspanner performance would be complete without the sublime Sharp Goes Walkabout, and here we are treated to a particularly glorious rendition, which is nearly 10 minutes long.

Big Band Live is an album which invites you to bathe in the sound created by five extremely talented musicians.

1. The Butterfly
2. Silbury Hill
3. Hard Times of Old England
4. Banks of the Nile
5. Death and the Lady
6. Last Broadcast
7. Sharp Goes Walkabout
8. The Boy that Wouldn’t Hoe Corn
9. King of the Fairies 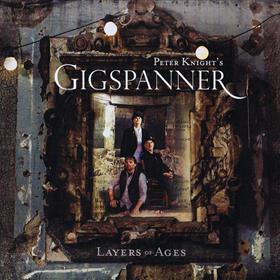