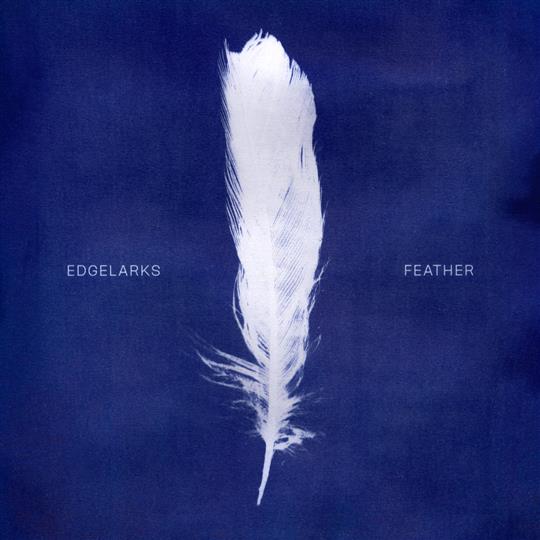 In these times of soaring inequalities and injustice, where happiness seems to be a distant goal, writing songs about the positive emotions of our lives is a powerful form of protest. This is the core of Feather, the new album by BBC Folk Award winning multi-instrumentalists, singers and songwriters Phillip Henry and Hannah Martin under the name Edgelarks.

The influence of American music on these compositions is palpable in the communicative and charming title track that opens the album. Where I Stand is a celebration of the way migration, language development and landscapes influence each other in a positive way.

Wanting Nothing is a perfect proof of Martin’s extraordinary vocal extension and of their refined arrangements: a gentle climax by their fretted instruments accompanies a story of personal satisfaction and realisation in the most remarkable track of the album.

A song that particularly reflects the joyful mood of the entire work is Growing, a real life tale of a wedding ring that was considered lost and finally reappears after sixteen years.

Apart from guitar, dobro, banjo, vocals and some fine fiddle work, Henry’s contribution to the album also includes some brilliant harmonica playing, especially in two very different songs: he delivers a modern beat-box harmonica touch to Wander and a mature and atmospheric feel on seventeenth century English song Spencer the Rover, the only traditional song on this album.

Despite being composed in the tiny village of Woodend, Cumbria, the songs on this album celebrate universal topics such as tolerance, hope and the need for a rest from this unhappy world: Martin’s voice with its deep expressiveness and its warm timbre is perfect for the task.

Moreover, the substrate of guitars, banjo and dobro effortlessly embed those tales of optimism in complex and delicate harmonies without overwhelming them. This is just the natural evolution of two young but well-established artists, heading for inevitable awards.

Released on CD and digitally on 17 May 2019. Produced by Mark Tucker and Phillip Henry