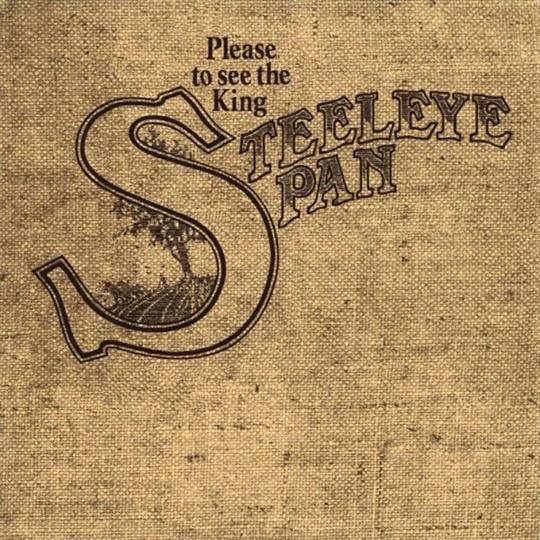 Listening to Steeleye’s early albums is like meeting up with an old friend and carrying on where you left off. In the case of the reissue of Please to See the King, that old friend hasn’t changed, as no attempt has been made to update the sound, ensuring the album keeps its original charm.

For many, Steeleye Span Mark II, consisting of Maddy Prior, Tim Hart, Ashley Hutchings, Martin Carthy and Peter Knight is considered to be the classic line-up. Here amplification is beginning to creep into their interpretations of traditional songs and tunes. Many of the songs have become standards for folk performers and club singers.

The album opens with a re-recording of The Blacksmith, a song which also appeared on Steeleye’s first album Hark! The Village Wait. The simple accompaniment under Maddy Prior’s distinctive voice is interspersed with some rich a cappella passages sung by the whole band.

The album takes its title from the song The King which tells of the tradition of hunting a wren on St Stephen’s Day and declaring it king of the birds. This is a glorious a cappella arrangement and is over far too quickly.

Prior doesn’t always take the lead with the vocals, sometimes stepping back into the harmonies. This is the case with Cold, Haily, Windy Night which features electric guitar and electric dulcimer, giving it a much heavier feel. The electric dulcimer is the main accompaniment instrument in the gentler Lark in the Morning, which also sees Peter Knight’s fiddle enjoy some fine solos between the verses.

The somewhat sinister Boys of Bedlam begins as a duet with instruments gradually being added to the texture. The False Knight on the Road is a bit of a tongue-twister for the singer who has to compete with the electric guitar.

There is one tune set on the album, a pair of jigs called Bryan O’Lynn/The Hag with the Money. Those familiar with Steeleye’s live performances will be remembering Prior’s swirling dancing style here!

The album ends gently with Prior taking the lead again with Lovely on the Water, a particularly beautiful song.

This re-issue will be welcomed by those whose vinyl versions have become unplayable and by new folk fans wanting to explore the folk-rock scene.

Originally released on vinyl in 1971 by Big Tree Records.
Re-issued 26 February 2016 on CD by Talking Elephant.

1. The Blacksmith
2. Cold Haily, Windy Night
3. Jigs: Bryan O’Lynn/The Hag with the Money
4. Prince Charlie Stuart
5. Boys of Bedlam
6. False Knight on the Road
7. The Lark in the Morning
8. Female Drummer
9. The King
10. Lovely on the Water