Ashley Hutchings - From Psychedelia to Sonnets 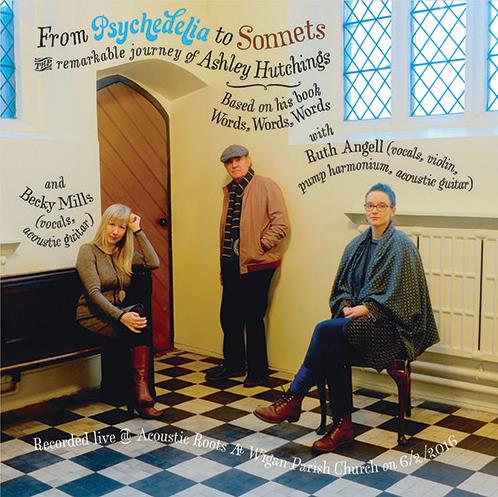 Ashley Hutchings has been one of the most influential, not to say prolific, musicians in British folk over the past half century. He has also written some charming prose, and over the years has proved to be master of an engaging and entertaining delivery of the spoken word. After publishing a book “Words, Words, Words” in 2014, which collated some of his writings for the very first time, an obvious next step was putting this all together into some kind of touring show. That is exactly what we have here on this album.

Recorded at a single performance at Wigan Parish Church in February 2016, From Psychedelia to Sonnets brings together songs, poetry and spoken passages from both Hutchings’ own previous work and other works that he’s had a close involvement with.

It’s all linked with a string of anecdotes, reflections and observations from his life and musical career. The musical parts feature the talents of Becky Mills on vocals and acoustic guitar and Ruth Angell on vocals, violin, pump harmonium and piano.

Of the spoken word sections, Hutchings’ contributions include a reading of the sleevenotes he produced for the 2003 reissue of the very first album of the band he founded: Fairport Convention. To the uninitiated, the thought of someone reading out old album sleevenotes to a public audience could appear a deathly dull proposition, bordering on psychological torture. But this is no ordinary album and no ordinary man. In this case we have possibly some of the most evocative sleeve notes ever written: “What we wore, Pollock-style paint-splattered shirts, fringed jackets, scarves various, dark velvet, boots with the heels worn down, voluminous hair...”

Listeners do get to hear far more than just sleevenotes, though. Poems written by Hutchings, such as The Complete Angler and You Are What You Eat, form part of the set alongside a variety of other readings. The spoken-word parts are then interspersed with a number of songs throughout the album.

In spite of Hutchings being a wonderful bass-player and hugely influential band leader few would argue that that this was on account of his singing abilities. He has, however, always had a knack for seeking out some enormously talented vocalists to work with over the years. This album continues in that tradition. Musical highlights include one of two songs on the album that originated through Hutchings’ work on the Lark Rise to Candleford theatre productions: ’Til The Time We Meet Again, sung beautifully by Mills. A Song of Two Bridges, where Angell and Mills alternate the lead vocals and each adopts the persona of a world-famous bridge in conversation with one another is another highlight.

For anyone wanting an introductory overview of Ashley Hutchings’ recorded work this album is not an obvious place to start. There are various compilations that do a much better job of that. However, for those who maintain a keen interest in Hutchings’ never less than fascinating career, or for those who have recently seen one of these shows live and are looking for a suitable memento to relive the event, then this CD is well worth a purchase.

Disc One
1. Welcome to the World
- Fairport Convention - Sleevenote
- About Dawn
- One-eyed Owl
- ’Til the Time We Meet Again
- The Pedalling Suffragettes
- Rockery Rock
- This Blessed Plot
2. A Batter Pudding for John Keats - Sleevenote
- It Is Not For The Want of Will
- One Day We Went to a Barn Dance
- Trip to Bath/Welsh Girls

Disc Two
1. Interval
- Two Thousand Years is a Very Long Time
- On Seeing Grace Slick Unexpectedly
- In a 1987 Television Rock Spectacular
- The Complete Angler
- What Lips My Lips Have Kissed
2. You Are What You Eat
- Ten Miles Going There and Ten Miles Coming Back
- The Song of Two Bridges
- When She Sings in the Kitchen
- Elegy - His Parting From Her
- Ring On Her Finger
- Westonbirt Sonnet
- To Ireland I Made My Way
- By Gloucester Docks I Sat Down and Wept Live - Sleevenote
3. Leeds Lullaby
- Crocodile Line
- Day of Days
- Welcome to The World
4. The Sun is God 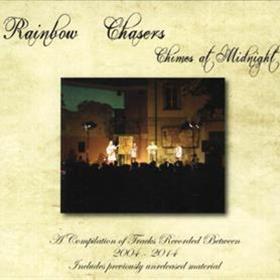 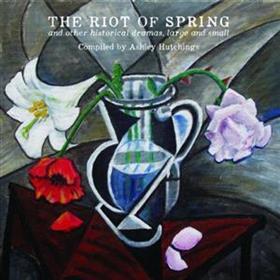 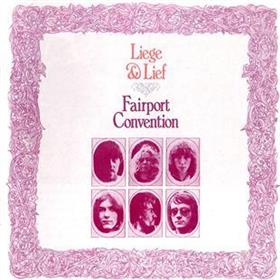 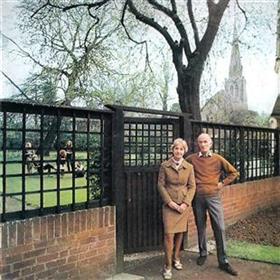 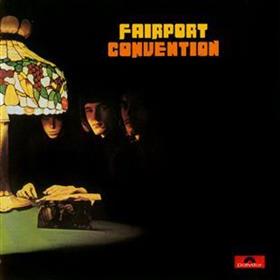 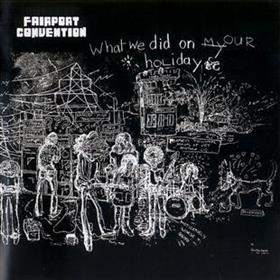