Lucy Ward - Adelphi Has To Fly 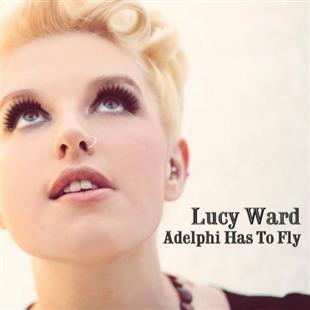 Since being a finalist of the BBC Radio 2 Young Folk Awards in 2009, Lucy Ward has signed to Navigator Records, and it is about to release her debut album.

Having supported some of the biggest names on the folk scene, Lucy has gathered around her an array of artists (Sam Pegg, Belinda O’Hooley, Heidi Tidow and Debbie & Stu Hanna who also does producing duties) to produce an album of traditional and self-penned songs, which make full use of her extraordinary voice.

Traditional offerings on the album include a beautiful rendition of the Child Ballad Two Sisters and a rousing version of Maids When You’re Young, but it is in the self-penned songs that Lucy shines.

As Lucy herself would say, her voice is her best instrument, and this shines through on songs Adelphi and F For Love. Stand-out tunes on the album are Annie In The Bacon Box (a sad ballad about Little Eaton’s Annie Grace, who ended up in the poorhouse) and A Stitch In Time (about a battered wife who takes revenge on her drunken husband).

As a first album, Adelphi Has To Fly is a wonderful effort and I’m looking forward to seeing how Lucy’s career progresses.

Released on 13 June 2011
on Navigator Records