Megson - Live in the Lounge 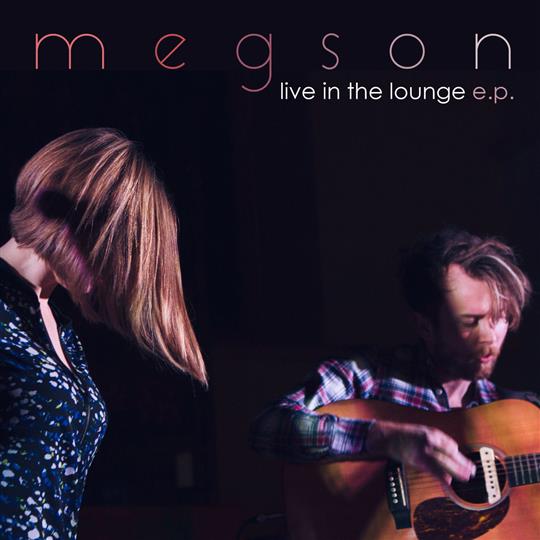 Megson are often referred to as one of the best live acts around at the moment. Their new offering, Live in the Lounge, is a “pay-what-you-like” EP, where anyone wishing to listen to it can pay - you guessed it - whatever they’d like for it. This is an extremely interesting idea, which we may see more and more artists trying in this age where albums cost a lot and make little.

The opening track on the EP, The River Never Dies, is a fairly epic start to proceedings. The classic Megson sound of Stu’s guitar, Debs’ accordion and the fantastic harmonies is present from the off, and it is a powerful living room performance. The only niggle with this track is that the accordion sounded slightly sharp next to the guitar, but this is a live album after all.

Still I love Him is the superb second track. This is a song about a woman who loves a man who’s a bit of an idiot. There may be many references to Stu’s guitar playing in this review, but again, this track just highlights how good an accompanist he is. The delicate guitar goes hand in hand with Debs’ empathetic vocals, and the whole thing produces an ethereal sound. The quality of production is particularly noticeable on Still I love Him - making simplicity sound effective is no mean feat.

Next up is Working Town, a track that is a staple in most Megson live performances. The most upbeat track on the EP, again underpinned by the driving rhythm guitar of Stu and the vocals of Debs, the song is a nostalgic look back at a town that lost all of its work and jobs as everything moved to the cities. This performance, rather than from Megson’s living room, is recorded at the Hitchin Folk Club, one of the most thriving clubs in the UK. The slightly bluesy feel to the song is a welcome change in feel on the album, and it is executed brilliantly.

The last track, Just Stay really epitomises the term “save the best for last”. You’d be forgiven for forgetting that, like the rest of the tracks on the album, it was all done live. This says so much for the production of the album, which is carried out impeccably. Stu is well known for his fantastic production work for other artists, but he is seemingly very good at making himself sound great too! With his subtle yet powerful guitar playing, and stunning vocals and voluptuous recorder (!)) from Debs, it really is a breathtaking end to what is a fantastic EP.

This new offering from Megson is another piece of work that cements them as a top class folk act, and its stunning simplicity is a masterpiece in itself. Just lovely.