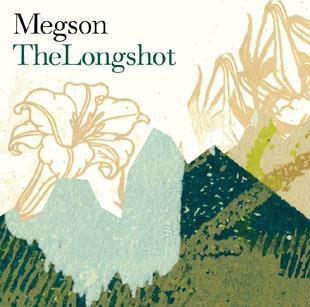 I had high expectations for ’The Longshot’, the new album from Megson and I’m glad to say I wasn’t disappointed. The strengths shown in their previous albums are all here in spades.

Stu Hanna’s rhythmic guitar work goes from strength to strength and this is particularly apparent on ’Time to Get Up’, in which the difficulties of getting your husband up in time for work are given an amusing twist. Stu & Debbie’s harmonies are as good as ever and are very well matched to the songs.

In many ways, ’The Longshot’ feels like a melding of the styles of ’Smoke of Home’ and ’Take Yourself a Wife’ - with the gritty realism of the latter complemented with some great original songs. It’s a sign of the duo’s skill that without reference to the cover notes, I couldn’t tell which tracks were reinterpretations of impeccably researched traditional material and which were their own compositions.

The subject matter will be familiar to listeners of the previous albums, this time with a strong focus on the themes of everyday industrial working life and the void left when the industries disappeared.

This album is markedly more upbeat than their previous album. I particularly enjoyed the barnstorming numbers ’Working Town’ with its touch of Americana, ’The Handloom Weaver and the Factory Maid’ and ’Working Life Out’ - a pointed tale of harsh working conditions.

A comic touch is provided by ’The Cab Man’. A counterpoint to all of this fun is a fine selection of slower and more thoughtful tracks. ’The Old Miner’ laments of the decline of the mining industry while ’Last Man in the Factory’ is a poignant tale of industrial decline with some well judged imagery.

The stand-out title track, ’The Longshot’ is a very clever and subtle piece of song writing. Initially about the travails of supporting Middlesbrough football club it subtly shifts into a moving piece about maintaining hope in adversity. It is probably Megson’s best original song to date.

As an album, The Longshot is the real deal: fresh and innovative folk music that remains fully grounded and relevant to everyday life. Essential listening.