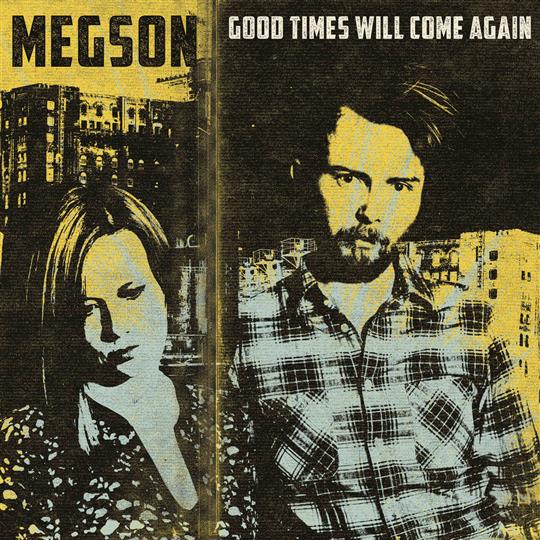 For their eighth album, Good Times Will Come Again, husband and wife duo Stu and Debbie Hanna have decided to use only their own songs. Their fine vocals are accompanied by Stu’s banjo, mandola, mandolin, fiddle and guitars and Debbie’s accordion.

They are also joined on this album by John Parker on double bass and Patrick Duffin on percussion. As is the norm in the folk world, the songs deal with many timeless social issues, brought up to date by the pair’s song-writing skills.

Generation Rent forms a frustrated opening to the album, with Stu and Debbie’s close harmonies. It deals with a situation facing many young people - being unable to afford their own home, and having to live with their parents for longer than they would like. The upbeat tune to the verses is interlaced with fine fiddle passages and the chorus will earworm you.

A Prayer for Hope is a complete change of mood. Debbie sings this from the point of refugees praying for a safe sea journey. It is a gentle song with a powerful message. The simple accompaniment, which includes the double bass, emphasises its poignancy. Debbie’s lovely voice also becomes the voice of a mother mourning the loss of her son in war - another timeless theme. Stu’s sorrowful fiddle punctuates the vocals here..

As well as global issues, Megson also cover issues closer to home. They hail from Teeside where generations have relied on the steel industry for work. Burn Away is one of two songs about the North East steel industry. Banjo has a strong role in the accompaniment here. The lyrics contain lots of detail about the production process and the driving rhythm reflects the production line and the importance of steel in the world’s economy.

Patterns tells how closing down a steel works, such as happened recently in Redcar can destroy a whole community. In this song a couple try to avoid a sense of hopelessness by sticking to routines.

Mining was also very important in the North East. Rap’er te Bank contains more industrial language, this time the words used by the pitmen waiting for the cage to take them back to the surface. This gentle love song is a sharp contrast to the song with the same title belted out at many a singaround. The Bookkeeper is a contemporary love song about finding love in an accountants’ office.

Zero has a jolly, dancing tune played on the fiddle and banjo, with lyrics that give the impression that it is going to be a child’s counting song. However, the listener quickly realises that it is actually a protest song against zero hours contracts. This somehow makes the actual message of the song more hard-hitting.

So was it a good decision to release an album of original songs? Indeed it was. Stu and Debbie Hanna demonstrate that they are talented songwriters with their roots firmly in the folk tradition. Not only that, but they can write songs which deliver a strong message without shouting at the listener..