Lucy Ward - I Dreamt I was a Bird 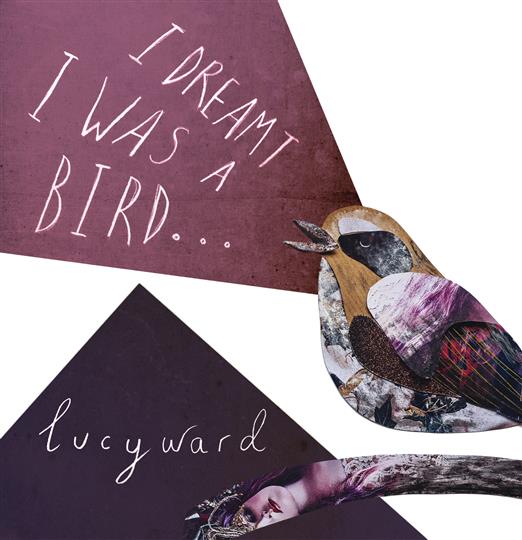 After reaching the BBC Radio 2 Young Folk Award final in 2009, Lucy Ward has become one of the brightest lights on the English folk scene. Two very successful albums later, Ward once again teams up with producer Stu Hanna to produce a work that is, at once, a step beyond her previous efforts and, at the same time, a look back at her roots in folk music and storytelling.

There are nine tracks on I Dreamt I was a Bird. Ward says that all the songs “are about real people and moments” whether taken from her own family, chance encounters in the street or from history.

Summers That we Made kicks off the album in fine style. This story of love and loss opens in a shimmer of heat haze conjured up by keyboards and the lyrical violin of Anna Esslemont. This is, perhaps, the most accessible song on the album with a catchy chorus that sets the tone for the rest of the record.

There’s a jazz vibe to Ode to Whittaker Brown, mainly created by the double bass playing of Lukas Drinkwater. The song is based on Ward’s mother who was born in a Nissen hut when her family was made homeless after World War II.

The political Lucy is back in Creatures and Demons. This was commissioned by the BBC who asked Ward to write a song inspired by Elizabeth Gaskell’s novel, North and South. Instead of the geographical division that Gaskell uses, Ward focuses on the gap between rich and poor. This is the angriest song on the album with a mighty backing of electric guitar and drums. The lyrics are hard hitting and, if they sound familiar from other songs and singers, the sentiments behind them bear repeating.

Lord Randall is the only traditional folk song on the album. This Child Ballad tells the tale, from a mother’s point of view, of a man fatally poisoned by his lover. The songs starts off with a simple guitar accompaniment, which gets more complex as the song progresses. Although well sung, the piece suffers from inflation. The over-egged climax isn’t really earned by the song’s lyric.

Another commission, this time from Billy Bragg, is the starting point for Leo. This song, a true story about a soldier shot for cowardice in 1916 at the age of 21, is a powerful work. Here Lucy’s singing is impeccable, letting the words come through clearly over a chorale-like sequence of chords from the mighty Brighouse and Rastrick Brass Band.

The mood changes again with Lola, a song about a chance meeting Ward had with the ’peroxide and perfect’ Loretta. The lyrics here are impressionistic, evoking the sense of a memory ’all gilded in tin’.

Lucy again turns to family legend in Daniel and the Mermaid. This song tells of a meeting between Ward’s great-great uncle and a mermaid, which took place off the coast of Scotland. The siren song of the mermaid is caught perfectly by the use of drones and long held chords by both Ward and Hanna.

We’re back in the 1950s with Connie and Bud, a slice of life about a homeless couple who live in a car (albeit with leather seats). Although the accompaniment is lighter on this song, it’s still a gloomy piece with no happiness found in this doomed relationship.

The final song is Return to Earth which is inspired by the stone ruins on Shropshire’s Titterstone Clee Hill, which are slowly sinking back into the earth. The song does the clever trick of marrying a mid-paced rock accompaniment (with Ward playing a mean banjo) to a slow moving tune. This is effective in a song about nature reclaiming back what is hers from humanity’s ’spoilt children’.

I Dreamt I was a Bird is a brave and uncompromising album which, at times, is not an easy listen. But these songs combine both the personal and universal, and are sure to gain Ward new fans. However, what this album misses is the joyous effervescence of Lucy in performance, which is a pity. Buy the album but go and see her live too. You won’t regret it.

Released on the 2nd October 2015 on Betty Beetroot.

1. Summers That We Made
2. Ode To Whittaker Brown
3. Creatures And Demons
4. Lord Randall
5. Lion
6. Song For Lola
7. Daniel And The Mermaid
8. Connie And Bud
9. Return To Earth