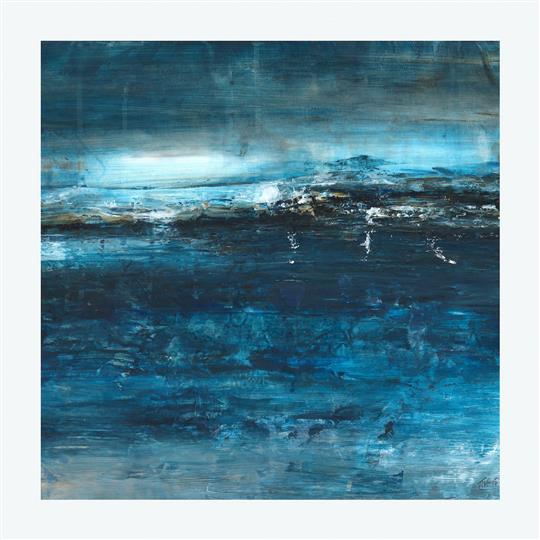 Folk-jazz crossover albums are a tricky prospect to review. Having a foot in both camps can mean that they satisfy no one. The folk purist gets annoyed with the improvisations whilst the jazz aficionado is irritated by the, too simple, trad tune.

Happily James Lindsay’s Strand neatly sidesteps such problems. Here we have an album of original instrumental compositions rooted in a Scottish traditional idiom yet informed by a jazz sensibility.

It does help that Lindsay, a member of Breabach, can call upon a diverse range of jazz and folk musicians to bring his pieces to life. All band members are adept at using the folk sound as a launch pad for more improvisatory flights of fancy.

The eight pieces on Strand have been inspired by the ongoing struggle between man and nature. Whether that be the problems caused by climate change, biological weapons testing or the dumping of chemical waste into the sea. There’s a tension in each piece between the light and the dark.

Of course, the compositions can also be enjoyed as pure music. The Silent Spring, for example, is probably the catchiest tune on the album. A couple of plays lodges the melody, deftly played by Hamish Napier and Adam Sutherland, firmly in the head. There’s also the first of many great guitar solos by Ben MacDonald.

Contrast that straightforward piece with Sòdhaigh, which pits a very traditional sounding tune against tricky rhythms, odd time signatures and an accompaniment that reveals more on every listen.

Although Strand is very much Lindsay’s album (he takes a fantastic solo in Shallow Firth), he couldn’t be more generous to his sidemen. All of them have their turn in the spotlight.

The mysterious Stacks, a slow and haunting piece, is interrupted for a funky workout on Fender by Tom Gibbs, before ending in almost heavy metal territory with squealing and scratchy fiddle solo.

In many ways Strand is a very beautiful album. The seven minute closing track, Beaufort’s Dyke has, at its heart, a lovely flute tune which would be at home on many a traditional folk album. Here the tune is bent out of shape and stretched under a driving syncopated rhythm before ending on a quieter, more subdued note.

Strand is not an album for everyone, but for those who like their folk tinged with jazz (or their jazz tinged with folk) it will provide many hours of listening pleasure. This is a grower. Give it a listen - you may surprise yourself.