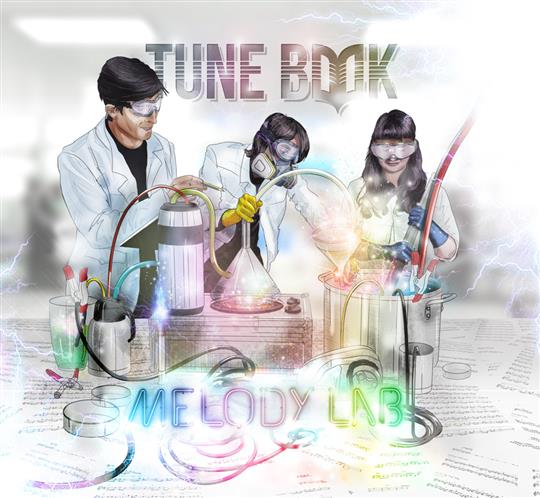 Melody Lab is a project supported by the University of the Highlands and Islands to promote the compositions of three of their most promising students. Whistler and piper Ross Ainslie, fiddler Simon Bradley, and accordionist Mairearad Green have united to form Tune Book, and this album is a showcase of some of their tunes.

The three different composers have distinctive styles, which keeps the whole album fresh. However, there is one common theme throughout: all three write brilliantly.

Bradley’s tunes are the most reflective and thoughtful, with his Asturiana providing an early moment of calm in the album. He is a master of combining global influences - such as Spanish in Asturiana, and Australian in Desolation - with his native Scottish culture, which produces a fresh and yet traditional feel to his music.

Mairearad Green produces the most infectiously cheerful tunes of the three. In Wolves, which opens the album, or the aptly-titled Full Tilt Jig, it is simply impossible to sit still.

This sense of joy is helped along by the instrumental capabilities of the trio - all three contribute brilliantly, and are joined by the excellent and unobtrusive rhythm section of pianist Mhairi Hall, guitarist Matheu Watson, and percussionist James Mackintosh.

The final composer, Ross Ainslie, is the hardest to pin down. His tunes convey a cheeky sense of humour and, like Green’s, tend to get the toe tapping, but seem to hint at a darker side as well.

This intriguing depth is particularly well defined in his contribution to the album’s final track, Classics. Classics is a set containing one tune by each composer, and this collision of their three styles works brilliantly to bring to a close a highly enjoyable album.

Released by Sheem Music with support from the University of the Highlands and Islands in 2017.