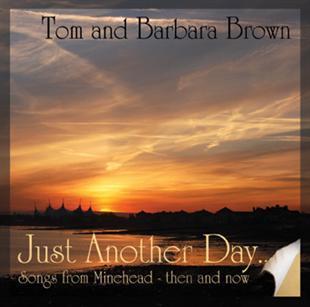 According to various sources, Minehead’s first port can be traced to 1380. If my maths is correct, Tom and Barbara Brown had 634 years of history to draw on when they embarked upon Just Another Day, their sixth album and one that focuses on the town, in particular its seafaring past.

At the album’s core are twelve songs found at Cecil Sharp House, collected from two sea captains a century ago. The remaining three are originals, though you’d be hard pressed to tell the difference.

It will not be a surprise to learn that Just Another Day includes all the ingredients of a classic traditional set. The songs are story/history based, the majority with a chorus or bridge that encourages a sing-along from the floor, and most offer up either a social or political commentary in varying degree.

There’s a reason why these elements remain unchanged - they provide the default by which tales, opinion and a moral compass were passed from generation to generation. You can hear it in the haunting flute melody of A Bonny Bunch Of Roses O, the song arranged such that you can almost see Elizabethan villagers stepping formally through a dance routine, or the needs-no-introduction lyric of Spanish Ladies.

Tom and Barbara have treated the songs with a caretaker’s respect, tweaking and amending here and there but always staying true to their origins. The Sea Captain has a nice twist towards the end of its tongue-in-cheek lyric, Moll o’ the Wood employs some lovely squeezebox and The Isle of France is a beautiful rendering of the transportation ballad.

Two numbers, Hunting of the Hare and Greenland Fishery, deal with topics considered controversial in 2014, but these are not new songs and where the re-telling of stories are concerned, context is king. In this instance, both act as historical reminders of a different cultural perspective that it would shame us not to remember; forgetting is why history repeats itself.

It’s not all serious or demanding of discussion. The Devonshire Girls is a light-hearted moment and if you want to imagine yourself in a portside ale house with returning seamen, Heave Away My Johnnie will have your blood coursing. New or old, these are songs you can’t help but like. It’s a lovely album by an accomplished and experienced duo doing their best to keep tradition going. 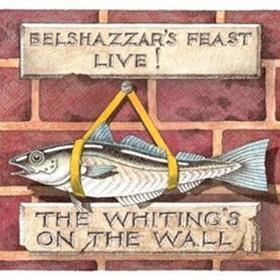